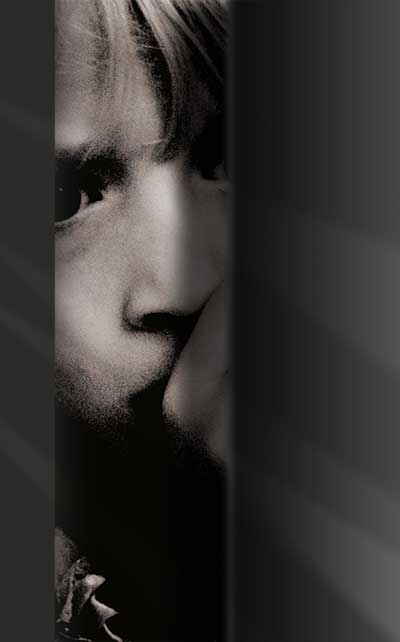 I woke up to a silent apartment sometime in the middle of the night. My lap was wet, but not from me. Sydney had wet herself in her sleep.

Sydney stirred, but didn't fully wake up. Instead, she stood up with my help and waited right where she was under our clothes rack in the closet until I moved the bed away from the bedroom door. It was slow going, walking on pins and needles. How many hours had we sat in that same position on the closet floor? My sister looked like a pale ghost in the mixture of blue moonlight and orange parking lot light. She swayed a little on her feet, as though rocking herself back to sleep. I got the door open and led Sydney to the bathroom by the hand, where I ran a bath for her. Then I finally got to use the toilet. I didn't realize how badly my bladder had hurt until I was able to relax and go.

We didn’t have a washing machine in the apartment, so I threw her wet clothes and mine into the sink with some detergent and water. Then I climbed into the tub right alongside my sister and washed both of us up. Dried blood had crusted up on the cut I got from the broken plate. The water made it sting, and I made sure I washed it really well so it didn’t get infected.

Sydney let me bathe and dress her like a doll. I got her into her bed, and then I dressed myself and washed out our clothes. The only place I could hang them was over the shower rod, so I put towels all over the floor to catch the drips.

I tiptoed to the kitchen to check the time, afraid that Justin would jump off the couch and beat me senseless. But he wasn’t there, and the chain was still on the door. I slid it off and went to my room, where I read by the light of Sydney’s pink butterfly lamp until dawn.

Sometime after seven o’clock, I heard the front door handle turn. I turned off the lamp and dove under the covers to fake being asleep. Momma was giggling, and a man was talking. It was probably Justin. That jerk had kept my mother out all night, probably just to scare me. Momma didn’t open my door to tell me good morning like she used to when she got home from work at this hour. Instead, she and presumably Justin passed my room and went down to the bedroom, shutting the door behind them.

Even though I hated Justin, I felt my muscles relax some now that Momma was home. I drifted off to sleep to the sound of her laughing. Some time later, I woke up to a butterfly tickling my cheek. Sydney was sitting up in her bed with the butterfly book open on her lap and that grin on her face.

I peered at it through squinted eyes at the butterfly she was pointing to. “Green swallowtail.”

I smiled and lightly brushed the butterfly off my face. Even with the light touch, my cheek smarted from where Justin had hit it the day before. The butterfly fluttered out the window, which was still open. I felt damp and sticky and a little cold in the bedroom. Dew must have settled on us overnight.

I ventured out of our room to get bowls of cereal for Syd and myself. Justin wasn't on the couch. The hallway smelled like bad smoke. The kind of smoke that made Momma move us out of the last apartment we lived in. It smelled both sweet and a little like poop. I knew poop smell because I had a little sister, not because I went around sniffing poop or anything. But that was beside the point. The point was that Justin was probably smoking whatever it was that made the house smell like that. It was yet another reason for Momma to throw him and his duffel bag of junk to the curb, I figured.

Sydney was almost done with her breakfast when Momma came out of the bedroom. Well, I knew she was my Momma, but she didn’t look like herself. Sure, her hair was still in a long, dyed-blonde ponytail. Her face was still there, and she was wearing her uniform from The Pig. The problem was her eyes. They looked tired as usual, and blue as usual. They looked fine, except for dark circles. It was the look in her eyes that scared me. She stared at me like she didn’t know who I was. Like she was searching hard in her memory for my name.

Sydney flung her spoon into the cereal bowl, splashing milk everywhere in her rush to fling herself at our mother.

Momma stroked Sydney’s hair absently. She was standing with us, but she wasn’t there at all.

She stared at me a few seconds longer before she said, “Nothing. Nothing’s wrong, honey. I’m just tired, is all.”

Another pause, only longer. “Well… I had to work late.”

“Oh.” I nodded slowly. I didn’t get up to hug her like Sydney had.

Momma stared at me a while longer, and then her eyes narrowed. It was as though she suddenly recognized me, and she was angry.

“I heard what you did to Justin last night, locking him out. It sounds like you are taking liberties that are not yours to take, little girl.”

Momma may as well have slapped me across the face and knocked me down, too. My mouth opened and closed, but I was too shocked to talk.

“No he’s not,” Momma said. “I heard it was you two who were bad yesterday.”

That did it. I stood up so fast, my chair fell over backward.

“Are you kidding me? Well, did your angel Justin tell you about this?”

I pulled my hair to the side so my mother could see my bruised cheek. Sydney winced. Momma did not.

“Yeah, I told her about that,” Justin said from behind her. He was buckling his belt. “I told you two not to wrestle around on the couch like that, and look what happened. I told you someone would get hurt.”

“Go. To your room. Now,” Momma said low and slowly like a dog that was just starting to growl before it attacked.

“No! That… that man… that… monster is a liar! You need to throw him out right now! He hit us while you were gone, and you’re going to side with him? I can’t believe this!”

“That’s it!” Momma said. She grabbed me by my arms and yanked me roughly to my room. She smelled like Justin’s bad smoke. “I will not have you talking about my boyfriend like that. I won’t let you ruin this!”

Then Momma slapped me across the same cheek Justin had hit. Pain and hurt and anger flooded my eyes all at the same time, and I began sobbing.

She opened the door and shoved me into my room. Sydney must have followed, because I heard her struggling against Momma in the other room.

“Not wifout Cawa!” Sydney screamed. She must have shoved against Momma, because I heard someone far too big to be Sydney hit the wall. 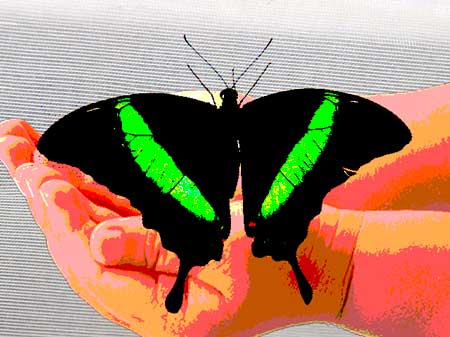 “You go 'way!” she yelled again. Then she came into the room and shut the door behind her. To me, she said, “Move bed.”

With Syd's  help, I moved her bed first, putting the headboard against the door. Then I moved the nightstand so it was wedged between the foot of Sydney's bed and the side of mine. Right away, someone tried to open the door. It wouldn't budge.

“Girls, let me in,” Momma said firmly. “You can’t do this. I’m your mother. You can’t just lock me out whenever you want!”

I didn’t answer her. Sydney opened the closet door and stood inside waiting for me. I held up a finger telling her to wait. She waited.

I pulled out all the shoes and toys and stuffed them under my bed. Sydney must have caught on to what I was doing. The next time I looked at her, she had her blanket, pillow and teddy bear in her hands, even though she hadn't moved from where she stood. I took a few books and a flashlight along with my own pillow. Then we moved into our two-foot by four-foot summer home. Before I could close the door, a few butterflies followed us in, and a  Beanie Baby dog scampered across the floor to join us. Syd nestled against my chest with her head on my shoulder.

"I love you," I whispered into the top of my sister's sweaty head.

Through the closed door, we could hear the faint sound of Momma crying.