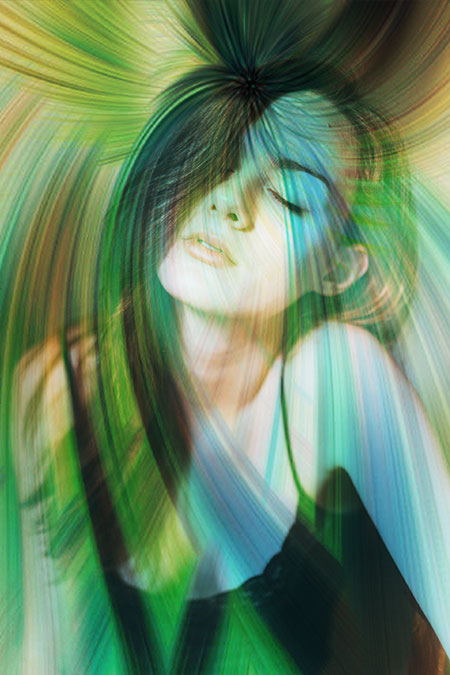 “Hey,” came the much more muted response. She sounded like she was driving. “Hazel, why are you still awake?”

“What happened?” Now Tris sounded worried, and I felt bad. “Nothing…nothing. Except EVERYTHING IS RUINED! Why? Why was I so stupid as to take on this Herculean endeavor? Never write a word you don’t have to, Tris, that’s my advice and it’s pretty darn sound!”

Tris sighed, a sound that came out fuzzy through the phone’s speakers. “Jeez. Authors. Why so melodramatic?”

“Because! This is impossible! Look—have you ever read a story with no end?”

“I think that whatever is on the last chapter or so is the end.”

“No—I mean we get to the climax and then there’s a bunch of question marks and random letters and then I just say that the good guys won and that’s The End.”

A faint hesitation. “…no, although you might have an…original idea there. Um. Maybe you should go to sleep. It’s kinda late.”

I sighed and glanced at the time. Three fourteen. “Yeah. Maybe you’re right.”

I felt antsy, jittery, but strangely listless. There was no way I was going to be able to sleep, and yet, nothing to entertain myself within the waking world. Writing, my usual fiery passion, felt deeply unappealing. What torments awaited me on my computer screen? What anguish of indecision? My fists clenched. I had already read all my books so many times, and there were games you could play with one person, but somehow, I did not relish the vision of myself, the silent night, and the ticking of the clock. I needed something that would not only take my mind from things but take my mind away. For that, the written word was necessary.

I drifted back to my computer, read a few online literary magazines that I told myself I was going to submit to one day. Yet I found myself once more drawn inexorably towards Word.

I wondered why as my mouse clicked on the little blue icon. I was only going to frustrate myself. This writing business, it was impossible. The urge to create, to write beautifully, even now it nagged at my fingertips. I longed ferociously to create, and to create well. I wanted to scream my words to the stars and splash my name across bookstore windows. I wanted to be heard, and to hear, but more than that, I wanted a story to call my own. More than fame and celebration, I wanted my book to be one more spine amongst a vast library. I wanted to join an ocean of authors and writers and poets who must have had the same struggles as I had, and maybe someone would crack open my pages and find something I had missed in my words. I wanted a new life, beyond what I had trapped in the material plane, in my own flesh and blood. And I would. I would live my words, squeezed out in agony between worn-out keys and unwilling, clumsy fingers. My writing would be my mind, and my mind would come to rest between delicate pages that would eventually crumble to dust.

Was I fine with that? Could I accept, that even if I succeeded in my (impossible) quest that my words would slowly fade away? So much effort, it seemed, for something that would eventually return to dust. Not permanent, not even semipermanent, but mortal. Mortal words for a mortal writer.

To die. An infinitive, appropriate since nothing is more infinite than to die. To perish. To expire. To shuffle off this mortal coil.

It’s the basic mechanics of prepositions. To shuffle off this mortal coil, you must first be on the mortal coil. You have to be alive to die, and if my words will die, that means my words are

Who cares about the future, a distant future that will never be seen? It is not the eyes of unborn generations that carry weight in the presence, it is the now. This instant, this second, is another second the beauty of my prose is gloriously here.

3:42 in the morning. My epiphany keeps my fingers dancing over well-loved letters. My triumph keeps my thoughts moving faster than I can even register them. Inspiration flows from a previously blocked source.

I hardly breathe. I don’t need to breathe. Instead of oxygen, my body is sustained by the words, the sentences, the grammar. Everything flows faster and stronger than a raging river. This! This is why I write. This perfect clarity, this strength found in expression, this ferocious torrent of truth disguised as a question.

My tea, sitting beside me untouched, grows cold into the pale pink light of dawn.

AUTHOR BIO: Eva McWaters lives in Fort Worth, Texas, where she goes to eighth grade and tries to play volleyball. She likes to read and write when she's not doing homework or dealing with her attention-seeking cat. Youth Imagination is her first publication.

Published in Issue 107 Oct 2022
More in this category: « The Fit by Gabrielle Galchen Bullying in schools by Mélanie Reymann »
back to top
Realizzazione CMS