The Day My Life Changed By Ilyana Laouini Featured

Ilyana Laouini is a student at Mermoz High school in Saint Louis, Alsace, France. Ilyana is the second of three winners in a flash fiction contest her school held. Each student was to write about a societal problem that worries them. This is Ilyana’s story. 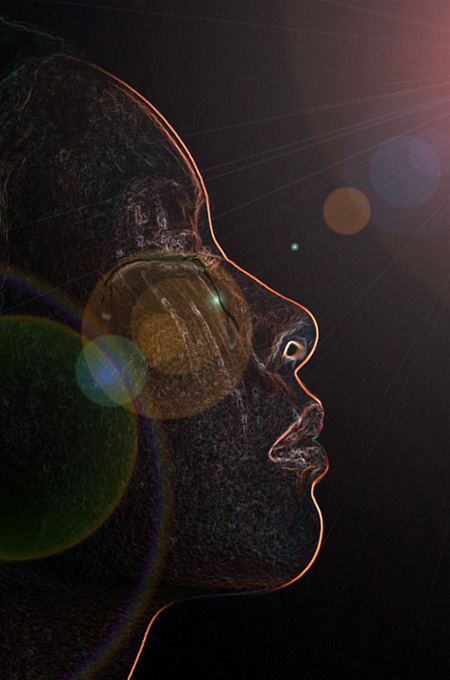 Hi! I’m Rosa, and today I’m going to tell you how my new life in the United States is going. Not as well as I thought…

I’m in a beautiful high school, and I alternate between my mother’s posh neighborhood, where you’re sure to get stared at if you don’t fit into the “SUPRA RICH” category, and my father’s poor neighborhood where all the delinquents in the city are. I forgot… the most important element (according to others) is that I’m black, you’ll understand this detail later. To make my boring life faster, I write, a lot…

Let me describe my life as a movie for teenagers: I’m in a beautiful high school where you meet three beautiful groups: the popular, the intellectuals and the geeks. Personally, I do not fall into any of these categories although I would say that I am anything but popular. Let me introduce you to Jake, the disruptive element of my life who writes a blog «not sorry» and tells all the gossip of this school.

The day my life changed was Monday, March 14th. As happens to me very often, I end up in detention time with the regulars: Cooper, Amy, and Turner.

I never imagined for a moment that this hour of detention would take me to jail. Jake, the most hated person at this school, was found dead in front of us because of poison in his glass of water. That’s when my whole life changed.

Of course, an investigation was opened, and we were all suspected of being the culprits, and even though I had a strong desire to kill this young man I would never have been able to, moreover, I don’t think that Cooper, Amy, or Turner would have been able to commit this crime.

The same day the police interrogated us one by one to gather the most information, but unfortunately despite the days that passed nothing allowed to know how this poison landed in Jake’s glass.

Because of the persistent racism in the United States against my black community, the police were in front of my parents' house every day and oddly much more in my father’s poor neighborhood and questioned me much more than the three others. My father was a drug addict, and this is since a long time. That was one of the reasons my mother left him. The day of the police search of my father’s house to see if there was anything that could help with the investigation, the police found substances very similar to those found in Jake’s glass.

With the lack of information and time left, you imagine that it belonged to my father. He used it for I don’t know what, but not to kill Jake. It was then that the police chose the easy way out and decided to convict the black girl Rosa for the murder of her comrade, which she had absolutely not committed.

My mother struggled with my lawyer to get me out of the juvenile prison but nothing… I was bound to spend the rest of my life in prison.

The guard had come for me, and I would always remember the phrase that he said to me “You are free, Miss Rosa, all this is a stroke of bad luck for you. You were not there in the right place at the right time. It wasn’t a crime; it was a suicide. Yes, Jake was poisoned. He suffered harassment and chose to kill himself.”