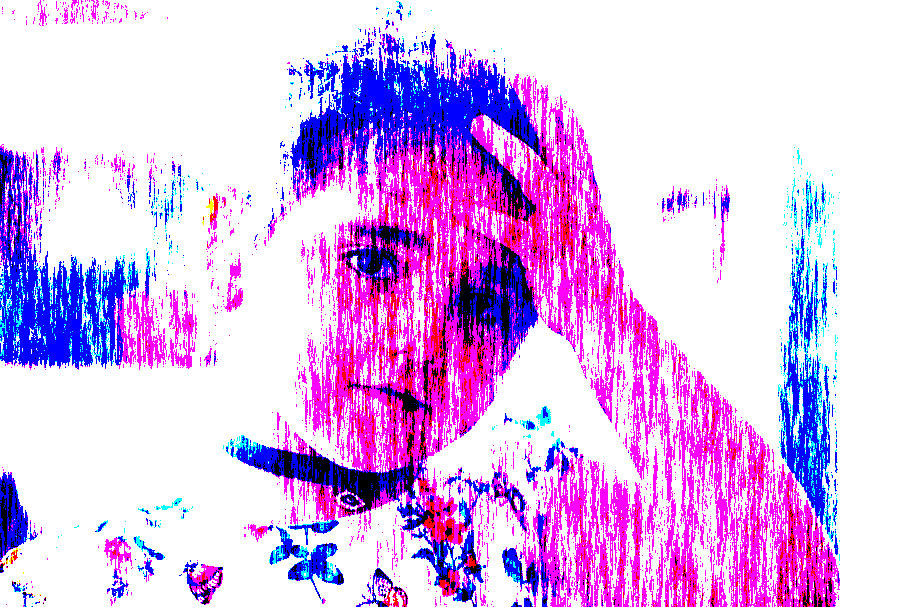 Excerpt from Adamson Wood's upcoming book My Colors and I

When you’re a Latina growing up in West Virginia, population 93% white, Hispanics too few to count, blending in is hopeless. Especially when the differences between you and everyone else are more than just your dark skin, or the fact that your mama makes her own tortillas de harina because the supermarket ones are too pale, undercooked she says, like White people in general.

My first day of kindergarten, I knew less English than my fellow kindergarteners knew Spanish. That is to say, nil, nada, fewer words than fingers to count. We lived in a converted garage at the time. Just me and my mama. And since she, a Honduran immigrant who worked two jobs just to pay the rent—Dios le bendiga—initially knew little English herself, and the old lady who normally watched me during the day was Brazilian and spoke Portuguese, I didn’t exactly enter that classroom as a star pupil. That first day and week, whenever students asked how I was doing, I answered five. My favorite thing to do. Blue. I felt more lost than Cristopher Colombus “discovering” America. That's not to say I was the only person in that room struggling with my differences.

"Ms. Carta-jenya," said my kindergarten teacher on my first day till basically the end of the school year, not the way my mama said it, the way it was supposed to be said, the way anyone who took a Spanish class to learn the language rather than just to graduate from high school and go to college would say it. Cartageña. The letters lovingly sewn together like the patches in my worn-out jeans. Laced into one word, one name, one identity. Me. And not this Carta-jenya person, which took me five minutes of awkward silence to realize meant me.

The rest of that first day of kindergarten was my very own Alice in Wonderland. In other words, Mad-Hatter, off-with-her-head terrifying. I couldn’t understand a word that was being said, so I guessed. My teacher, tall and slender, with blond hair that probably took longer than my lifespan to grow out, naturally became la bella durmiente—sleeping beauty. And us kids, small and wild, demonio-like, became goblins keeping the princess hostage.

Every item in the classroom took on a magical role. The one pair of scissors that we could only use under adult supervision became Excalibur, waiting to be pulled out by a brave Arthur or Arthurette. The stapler, on the teacher’s desk for obvious reasons, became a snake guarding the sword, with silver fangs that had pierced the class clown Tommy when he got near.

Sure, this made school exciting, as I wondered who the brave knight would be to take out Excalibur and break out the princess so we could all go home. But it was also lonely. Those first few months, I was always left out of sports and activities, as my fellow students assumed my bad English meant bad brain, that I was too dumb to understand any of the rules. Being the only student in my class taken out by a speech specialist certainly didn’t help, as if my dark skin and heavy accent didn’t already draw enough attention to me. I mean, wasn’t there a more discreet way to take a student out of class each week than announcing it on the loudspeaker?

“Ms. Carta-jenya. Please report to the speech therapist. Ms. Carta-jenya,” said the loudspeaker to snickers—and not the candy. Talk about lazy. They couldn’t have sent someone with a note? Or have told the teacher ahead of time to send me out at a certain time?

That’s when I decided that while I might never be accepted as a gringa or Americana in a place where I stand out like gum on sneakers, por Dios, sí intentaría—I sure would try. I’d speak better English, scream louder the Pledge of Allegiance, know more Taylor Swift songs than the Whitest kids in my class. In other words, I’d iron out the Hispanic and replace it with everything that I resented for being so foreign and cruel to me, ‘cause if being different meant being treated differently, they could have all my differences. Adiós to Honduras, the foreign country I’d never seen yet somehow had claim over me; Hello US of A, the country I was born in but strangely still hadn’t accepted me yet.

AUTHOR BIO: Adamson Wood is a former high school English teacher and current college professor. Recent publications of his include works in Leading Edge, Fifty Word Stories, and the Journal of Compressed Creative Arts. When he's not teaching, writing, or losing to his wife and kids at Mario Party, he games, twitches, and tweets @ProfeWilde.

Published in Issue 104 Apr 2022
More in this category: Things That Turn Boys Gay by Theo Davidson »
back to top
Realizzazione CMS