Survival is, in Itself, a Victory by James Rumpel 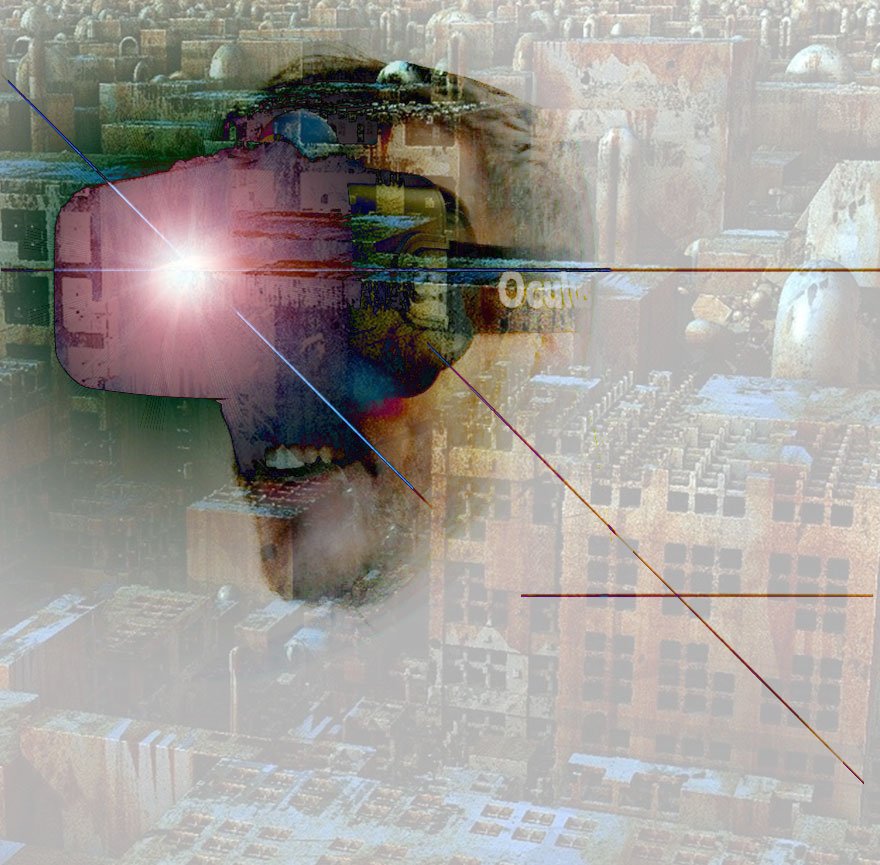 Faster. Bela dug deep into his energy reserves, finding a way to ignore the pain and to accelerate his full-scale sprint slightly. Bullets pounded the dilapidated pavement all around him, each erupting a tiny geyser of dust and concrete. Only a few more strides and he would reach the presumed safety of an abandoned vehicle.

Dive. Off balance, his legs no longer able to match his desire for speed, Bela dove and performed an awkward forward roll to cover the final few meters. The maneuver earned him the protection provided by the burnt-out husk of a 2035 Ford. The battered rifle, he had been carrying, clattered as it fell to the cement near his tattered shoes.

The rain of gunfire ceased momentarily. Where had Inac gotten so much ammunition? Bela tried to slow his heart. Each breath fought furiously against his lungs. Eventually, enough oxygen found its way to his lungs that his breathing relaxed and returned to a near normal rate. The sixteen-year-old boy calmed enough to access his surroundings. The rifle appeared to be unbroken, but he was down to only two shells.

Inac, assuredly, was positioned to the south; his handgun trained on the automobile skeleton Bela currently hid behind. The open space west of him was clearly not an option. Attempting to cross that divide had, moments ago, nearly cost him his life.

To the east, ominously towering over the district stood the unscalable, impenetrable metal wall that divided the slums from the opulence that was Ariscity. Behind that wall, the privileged lived in luxury, not giving the suffering and violence that existed just outside of their domain a second thought. Sure, on rare occasions, some wealthy aristocrat would be overcome by guilt and send white-coated servants to their desolate neighbors to distribute food or administer medical inoculations. Beyond that, the residents on this side of the wall were left to fend for themselves.

The only possible direction for escape was to the north. The dilapidated remnants of three vacant apartment buildings stood a short distance from Bela’s current hiding place. For the most part, the stone buildings appeared to be structurally sound, though clearly empty. Numerous fissures and glassless windows marred the facade of the structure. Bela actually remembered these buildings from a time before the violence began. He and Inac had, on occasion, visited a friend who lived in this complex. Now it was abandoned, left to decompose, like so much of the outer city.

For a brief flicker in time, Bela’s hatred for Inac, his twin brother, waned. The memory of the evening their father had been killed jumped to his thoughts. There had been vicious rioting that day. Bela recalled huddling with Inac under the bed, behind locked doors. The two eleven-year-old boys had made a pledge that night. They would never give in to the violence. They would honor their father by not being a part of the constant death and destruction. Bela grieved over the fact that he had failed to uphold that pledge.

The Roof. The idea, along with the renewed, smoldering wrath, came unsolicited. He had to reach higher ground. He needed to find a way to win this fight. Retrieving the rifle, Bela took off, quickly and decisively. He hoped to catch his brother, the waiting gunman, by surprise. A single bullet ricocheted off the doorway as Bela entered the relative safety of the gutted building. He searched for the stairway, hoping to find the stairs still intact. Luck held. For five flights, he sidestepped scattered debris and hurdled small fissures. Despite the poor condition of the stairwell, the steps continued on to the roof.

Bela reached the last landing. The door to the roof sat before him. The lock was broken and useless.

Was Inac following him? He could wait here and hope to catch him off guard. Bela looked at the two shells in the chamber of the rifle. He was clearly out armed but did have the element of surprise. He waited, contemplating his choices, hoping for the abrupt inspiration that seemed to consistently arrive at moments like this.

He started to consider attempting to find Inac and talk to him, figure out the reason behind their deadly feud. His emotions towards Inac seemed to constantly ebb and flow. Recently, he had been able to push away the intense hatred towards Inac for short periods of time. Maybe, just maybe, Inac was doing the same.

The uncontrollable rage receded for a moment. He recalled a day, just a week ago, when the two of them had helped a neighborhood store owner clean up after his establishment was looted. Bela thought of the laughter they shared as they returned home that evening, satisfied with their act of kindness. Their mother had always said, “You can change the world, one action at a time,”

Kill him. Anger, once again, welled inside of Bela. Inac had to die. The affection he had felt towards his brother a few short moments ago was gone, somehow replaced by the return of unbridled animosity. Inac was his mortal enemy. An enemy who had to be destroyed. He pushed through the busted door, onto the rooftop.

Stay low. Hoping to avoid being spotted, Bela slithered in an army crawl along the rooftop until he reached the southern edge of the building. A short ledge ran along the perimeter of the roof. Carefully peering over, he surveyed the street below. There, near the abandoned automobile which had provided life-saving protection earlier, stood Inac. His brother’s attention was focused on a gaunt dog which he was trying to coax nearer. A thin smile etched its way on to Bela’s face; his brother had always had a soft spot for stray animals. Before the violence started, there were many nights when Bela and Inac shared their undersized room with homeless dogs, lost cats, or injured birds. He, truly, had cared for his brother at that time.

Shoot him. Shaking free of his reverie, he placed the remaining shells into the rifle chamber, though he fought against the desire to do so. He took careful, deliberate aim at his prey. As he battled the impulse to pull the trigger, the vision in his right eye blurred. There was a tear welling in its corner. This was not right.

Shoot now. The impulse stabbed at Bela’s brain. He was supposed to fire the rifle. He had to. Yet, somewhere inside he knew it was wrong.

Bela lowered the rifle, leaning it against the ledge. He had, somehow, won his internal war. The inexplicable enmity lifted from his mind like fog dissipating on a spring morning. Bela ignored the voice in his head. He turned, searching for a way to escape. His brother may still be hunting him, but he would not partake in this struggle any longer.

SHOOT HIM. The voice made one final desperate attempt before falling forever silent.

“Damn,” screamed Luce as he removed the headset. “The darn thing went dead. He fought me the entire time and now I don’t have any contact at all. What a rip off. I want my money back.”

The operator gave an abbreviated shrug and replied, “He must have burnt out his chip. That happens on occasion. Sorry, there is nothing we can do about it.”

Antis, seeing that his friend had stopped playing, also removed his headset and listened to the conversation.

“Well, I paid for a full round,” demanded Luce. “What are you going to do about it?”

The operator’s fingers danced on his keyboard for a brief moment. “I have a pair of twelve-year-old girls that you could link to.”

“I’m sorry, that’s all we have till the next round of inoculations. It will be at least three weeks before we have a new batch implanted. I can give you a coupon and you can come back then.” Reaching into his white lab coat he pulled out a pen and paper and began filling out the coupon.

Luce resigned himself to the fact that he was not going to be able to continue today. “OK, but you aren’t going to get a very good review from me.” Turning to Antis, he menacingly shook his finger at his young playmate. “I was going to win, too. I am so mad. Next time, I am going to kick your butt so bad. I am going to destroy you, loser.”

An amused smile formed on Antis’ lips. Shaking his head, he said, “Come on, Luce. Don’t get so worked up. It’s only a game.”

AUTHOR BIO: James Rumpel is a retired high school math teacher who, after 35 years of teaching and coaching, has enjoyed spending some of his additional free time trying to put some of the strange ideas circling his brain into words. He lives in Wisconsin with his wonderful wife, Mary.

Published in Issue 89 Oct 2020
More in this category: « Best Summer Ever by Curtis Bass
back to top
Realizzazione CMS