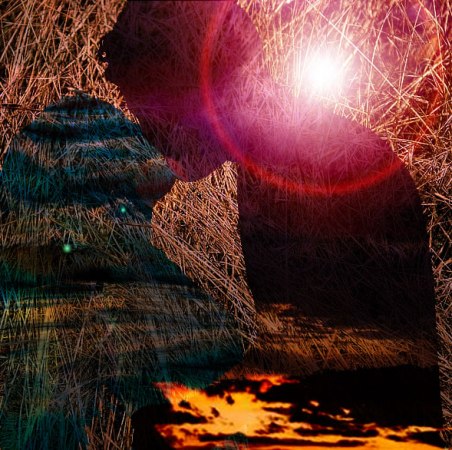 Elyse lay back in the meadow, head pillowed by dead roots and powdery dust. “Be water,” she whispered fiercely. “Be water.”

It was the only advice Mother had ever given her.

She must be fluid, adapting to whatever situation she is put in, just as water does. Whether it’s put into a cauldron or a goblet, it will conform to its new vessel.  A princess must be the same.

Soft footsteps approached, the familiar stride that made her heart beat faster with every step.  Neil made it so hard to be water. She sat, pulling her knees to her chest, and tried to smile. He tried a smile of his own, succeeding only slightly more than she had, and seated himself next to her.

“Are you ill?” Elyse asked. His skin always had a greyish cast, making his sharp, angular features seem as though they’d been carved from marble. Today the grey was deeper and dark smudges underscored the clear sky blue of his eyes.

“I’m well as ever,” he replied, his voice rumbling like distant thunder.  Elyse reached out to touch his cheek, and he jerked back.  He never let her touch him.  Neil had always been delicate, and he believed himself to be contagious.

So they changed the subject.  They changed it again and again.  They talked of everything and nothing, everything but the most pressing matter and nothing that was important.  Then the moon came out, a light mist settled, and they parted ways.

“He’s not very nice,” Daisy announced, shortly after meeting King Geoffrey. Elyse sighed. Her little sister, never tactful, was, as usual, absolutely right.  He was everything she had imagined he would be.  Loud, conceited, obsessed with power and acquisition. Completely uninterested in anything she had to say or any advice she had about running her lost kingdom.“Hush. Not so loud. Besides, it doesn’t matter.”

It didn’t.  It was better this way. Hating him made the upcoming marriage seem less of a betrayal to Neil.

“I guess we do need him.” Daisy sighed, then immediately began listing all of the things she would eat once they had become official Northlanders. It was childish, but important. It reminded Elyse how much her people needed this. Seeing Daisy’s cheeks round and healthy again would make it all worthwhile.

Be water, she reminded herself.  She ran a comb through her hair, kissed her sister lightly on the cheek, and sailed down the stairs with her head held high.  Elyse was determined to pour herself into the empty vessel that was her engagement party.

The moon found her face down in the meadow, watering grateful wildflowers with a steady stream of tears. The salty river cut through the dusty earth, carving a miniature canyon until it was stemmed by the toe of Neil’s boot.  He knelt by her side, careful not to touch her.

Sensing his presence, Elyse sat, rubbing her eyes roughly with her palms.  Neil looked at her questioningly.

“I know, I know. Mother told me to be water. Not blubber all over the place,” Elyse said wryly.

“Inside you,” he pointed at her, his finger so close she thought he might finally touch her.  He didn’t, but continued. His eyes, unnaturally bright and blue bored into hers, deeper than any lover’s kiss. “It’s mostly water encasing your soul. If you could become that water, pour your soul into it, you could be free.  Water in nature is free.  It goes everywhere, earth to sky, sky to earth.  Everywhere.  No one can contain it indefinitely.  You can only hold onto it so long before it disappears.”

“I wish I could disappear. With you.”

There, she’d finally said it.

“Do you?” Ashen grey shadows beneath his cheekbones darkened to near blackness.  The air around him crackled with electricity, and the hairs on her arms rose in response.

Her heart pounded against her ribs, pulsing with each electric throb in the air, and she realized the truth.  This man, that she had known for years, loved for years, was not a man at all.  Maybe she’d known it all along. Maybe that’s why she’d never asked him where he came from, what his business was, or even his family name. She’d never asked for more than his company.

“Who are you?” she asked at last, knowing that it could never be unasked.

“I am the Prince of Clouds,” his voice rumbled, like thunder rattling glass. The air around him sparked, illuminating his perfect features with radiant flashes. “And since the moment I saw you, hiding from the castle in the freedom of the meadow, I have loved you. You’ve always been water, Elyse, a rushing current crashing against a stalwart dam.  But even the strongest dam breaks, and the water runs free.  From earth to sky, sky to earth.”

“A drought is wanting.  A drought is emptiness. Without you, I’m empty and no matter how much I try, I have nothing to give.”

Elyse bit her cheek, trying to reconcile her anger at Neil with the longing the she felt for him.  She wanted to blame him for the suffering of her people, but she knew what it meant to be empty with nothing to give.  Blood filled her mouth as a tear coursed down her cheek.

The Prince of Clouds nodded, then put his arms around her for the very first time.   As he kissed her, sparks flew from their lips and she felt her insides dissolving.  The prison of skin that held her dropped away and she evaporated, joining him in the mist.  Their spirits entwined and they spoke their marriage vows to the triumphant howling wind, with Father Sky and Mother Moon as witnesses.

“Earth to sky?’ Neil pressed, eager to begin their new life together.

“Then sky to earth,” The Princess of Clouds reminded him.

With so much love to share, it was easy to quench the thirsting earth.  Elyse rained her love heavily upon her people, Neil at her side.  She was water.  She was free.  And she was everywhere.

She was there, making puddles for poor, jilted Geoffrey to wade through as he stormed angrily to his carriage. No bride meant no new kingdom.  And with the rains having returned so regularly, Daisy’s advisors thought a new engagement quite unnecessary.  She would become queen, and her countrymen would keep their autonomy.

Sometimes, on rainy nights, Daisy would hear the voice of her runaway sister.  Loving her, advising her.

AUTHOR BIO: Amanda Vincent is a reader, writer, and sunflower grower from the Southeast. She resides in a house of awesome and magic with her husband, children, doggos, kittehs, and lots and lots of faeries. You can find her work in The Centropic Oracle, Manawaker's Flash Fiction Podcast, and elsewhere.

Published in Issue 88 Sep 2020
More in this category: « The Satirical Sense of Snow by Aaiman Amjad
back to top
Realizzazione CMS