The Exiled Mage by Katie Keridan 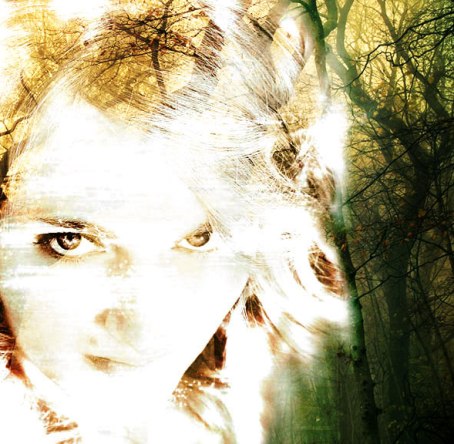 “Katha, what have you done?”

A hand gripped my shoulder and shook me, pulling me from sleep. I scrunched my eyes closed and attempted to roll over, but the grip on my shoulder tightened. Squinting, I could just make out my mother standing over my bed. One hand was grasping my shoulder, while the other held a book. A blue book. A book I’d hidden in the far reaches of my closet so no one would find it.

Suddenly wide awake, I pushed myself into a sitting position, shoving my hair behind my ears.

“Why were you going through my things?” I asked, my voice still scratchy from sleep.

“You’ve been acting weird for the past few weeks,” retorted my mother. “I knew something was wrong, and you wouldn’t tell me what it was, so I had to find out however I could.”

I didn’t appreciate that she’d gone snooping through my things, but a small part of my mind could understand that when you were worried, you looked for answers. And she was right; I hadn’t told her what had happened…how I’d discovered just a few weeks ago that I could use magic. I’d wanted to, but I hadn’t known how. And I’d been afraid of her response.

“I can’t even imagine where you got that,” my mother muttered, shooting a murderous glare at the spell book.

“Magic isn’t illegal,” I started to protest, but she cut me off.

“Not yet,” she hissed. “But it will be. For goodness sakes, it should be. Imagine if you’d hurt someone, practicing spells you know nothing about!”

“Well, if we stopped acting like magic doesn’t exist, maybe I could find something to teach me about it and then I wouldn’t be so dangerous!” I retorted..

My mother gave her head a hard shake, as if  the movement would keep my words from reaching her ears. “Magic is an abomination that flies in the face of everything you’ve been taught…everything your father and I have worked so hard to give you.” She looked directly at me, and the pain in her eyes suddenly made my heart clench. “Don’t you care about what this means for you? For us? We’ve tried to teach you right from wrong and how to make good decisions, but…” her voice trailed off, as if she couldn’t bring herself to say more, ashamed of her daughter and confused at her own failure as a parent.

“You and Father didn’t do anything wrong,” I immediately assured her, offering her a small bit of the comfort I desperately wanted myself.

She sighed and nodded her head. “You’re right,” she agreed. “We’ve done everything we know how to do. You made this choice.”

I frowned; that wasn’t the answer I’d been hoping for. “I just meant – ”

She held up a hand, silencing me. “This is out of my hands now.”

I blinked at her, a trickle of icy dread sliding down my spine. “What does that mean?”

“It means, I showed your father what I found.”

I groaned and briefly covered my face with my hands. My father knew I wasn’t perfect, but still…I didn’t like my secrets being laid open to him.

“What did he say?” I asked quietly.

The front door opened before my mother could respond, and my father stood there, warm morning light shining brightly behind him. He dipped his head at my mother and gestured for us to come outside. The fact that he wouldn’t even make eye contact with me hurt much worse than I’d expected.

I followed my mother outside, then came to a quick stop as I recognized the dark blue jacket of the man standing next to my father. A Turner! What was a Turner doing here? I’d heard of them, of course, and had even seen them before, when BethAnn’s brother discovered he could use magic. I remembered how my friend had stood beside her parents, tears running down her face even as she clenched her jaw while the Turner had taken her brother away.

Supposedly Turners took people who could use magic to someplace that taught them how to resist using their ability…or made it impossible for them to do so. I wasn’t sure which, but either way, Turners were considered a last resort…someone who fixed your child when you were unable to do so yourself. I glanced back and forth between my parents, the reality of the situation settling in.

“You’re sending me away?” My voice caught, tangled in my throat. How could they do this to me? I was their oldest child, the studious one, the one who got straight A’s and worked hard with reminding. The one who protected her younger sister when our parents fought, arguments which always involved money and ended with my father shouting my mother into silence.

“You know the rules,” my father said flatly, his eyes glinting like cold flint. “Either you go with the Turner and stop this magic business…or you leave.”

I gaped at him. “You mean…exile?” I struggled to even consider such a thing. Being forced to leave my friends, my village, my family…to be sent off into the woods to make my way as best I could, never to return to the only life I’d known.

Both of my parents nodded, and by now, a few people had started to mill around, curious about what was happening in front of our home.

For a moment, I couldn’t breathe. I couldn’t think. I couldn’t leave this place – where would I go? How would I make money? Where would I find food? It wasn’t fair – I hadn’t asked to be able to use magic. It was just a part of me, as much of me as anything else, like the fact that I was stubborn or talked too much or couldn’t tell a joke to save my life.

As I stood there, my sister quietly slipped around the corner of the house. Her eyes were dark with worry, and she clearly knew enough to understand what was happening, judging by how pale she was, making the scattered freckles across her nose stand out more than usual. She didn’t say anything, wouldn’t hold my gaze, but at least she wasn’t shouting at me or accusing me of being a monster. If anything, she seemed confused and hurt.

“So,” prodded my mother, “what will it be?” She seemed confident that I would choose to go with the Turner, as if merely the prospect of exile would send me hurrying to promise that I’d never use magic again and would do whatever it took to change.

If only it was that easy. But she couldn’t use magic. She didn’t understand. None of them did. There had to be another way. I looked at each family member, one by one, ignoring the curious onlookers who stood just far enough away that they wouldn’t be tainted by me but near enough to not miss a word. No one should ever be forced to choose between their family and their self. That thought kept reverberating throughout my brain, like someone banging a hammer against a block of iron. It wasn’t fair…but it was the choice I’d been given.

I drew a long, deep breath, held it for a moment, then gave a single nod. “I need a few minutes to gather my things,” I said.

“You’ll be provided with clothes,” said my mother. “Other than that, I think it’s best you leave everything else here. Go with the Turner and start fresh.”

My throat tightened, and the space behind my eyes began to burn with tears I didn’t want to shed.

“All right,” I said hoarsely. Turning to face my bewildered little sister, I said, “I love you, and I will think of you and miss you every single day.”

Her chin quivered, even as she worked to keep her emotions in check, lest she be accused of conspiring with a mage and also sent off with the Turner.

I faced my parents and drew from strength buried so far down in my bones, I hadn’t known it existed until now.

“I love you both,” I said. “And I wish more than anything that you could accept me. But I choose to accept me.” Blinking back the tears wetting my lashes, I straightened my shoulders. “And if that means exile, then so be it.”

The surprise in their eyes gave way to disbelief, which was quickly followed by anger, revulsion, and something that might have been related to fear.

Swallowing hard, I turned and made my way into the forest, wanting to look back with every step but refusing to show any remorse for the life I was leaving behind. I would grieve for it later. Right now, I concentrated on placing one foot in front of the other, avoiding gnarled tree roots and tangled briars. I was no longer just Katha…I was Katha, the exiled mage.

AUTHOR BIO: Katie Keridan made her literary debut at ten years of age when she won a writing contest by crafting a tale about her favorite childhood hero, Hank the Cowdog. Since then, Katie has continued to write, and she enjoys sharing her writing with others who relate to feeling different, misunderstood, or alone. Her work has been featured in Youth Imagination Magazine, The Blue Nib, Every Day Fiction, Red Fez, Sand Canyon Review, and elsewhere. Follow her online at www.katiekeridan.com or on Instagram @katiekeridan.

Published in Issue 83 Apr 2020
More in this category: Permanent by Gina Burgess »
back to top
Realizzazione CMS