The Student from Xenor by John Mara 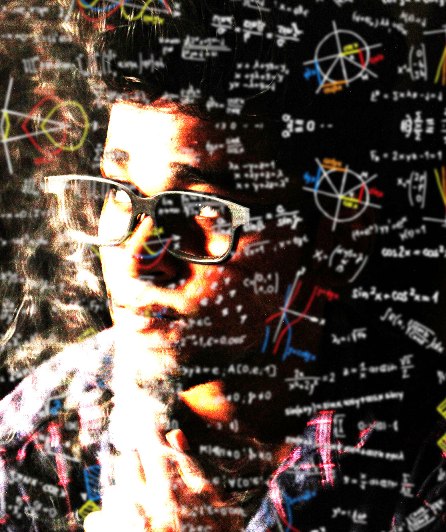 “Aaaaand …. begin!” the SAT proctor says, and settles in for a two-hour nap.

“Woulda been done sooner, Ma’am, but this archaic pencil-based technology –- filling circles and all – slows me down.”

“Back to your seat, smart alec,” the proctor mutters. “You can’t leave now.”

Gyro returns to his desk, the one in front of Spike, the 300-pound captain of the football team. Only a freshman, Gyro showed up for the October SAT session anyway for a few minutes of mental calisthenics, and now he’s stuck here. To pass time, he fills the circles on Spike’s test too, which turns out to be a good bargain all around: the proctor gets her nap, Spike gets his answers, and Gyro gets to keep his left arm screwed in its socket.

When the SAT session mercifully ends, Gyro passes beneath the drowsy proctor’s icy glare. He heads across the hall to Tech Prep’s banquet room, filled with round tables for this fall’s parent’s weekend luncheon. Every year, the headmaster loosens up the parents with a playful wager: he’ll send the entire student body on a Bermuda junket if the school’s brightest freshman can solve a near-impossible math problem. He’s never paid up, but this year Gyro has the student body abuzz.

Looks of befuddlement descend on the assembled intelligentsia, parents and students alike, but none are more perplexed than Spike. Hardly a math whiz, Spike’s main contribution to society is his invention of the dreaded double front-and-back wedgie maneuver, which he proudly executes with precision. “Kiss Bermuda goodbye,” Spike deduces for the benefit of his front row tablemates.

“Announce your answer in two minutes, Gyronomus,” the headmaster gloats. “Two!” He checks his watch and sits next to the admissions officer on the dais. “I’ll eat that ugly paisley tie of yours if the little twerp solves this one,” the headmaster says.

Gyro, at a pre-pubescent five feet tall, approaches a lectern that rises only to his chin. The gathered multitude cranes its collective neck once again – this time to catch a glimpse of its ninety pounds of hope for the pink sands of Bermuda. “Although finite in number, billions of possible mathematical progressions exist,” Gyro lectures. “While complex, the problem the headmaster presents is merely a Verinian mathematical progression…”

The hopeful audience applauds and shifts to the front of their seats in anticipation. The admissions officer grins at the blanching headmaster and gnaws on his paisley tie.

“What’s the bio on this punk?” the headmaster gulps.

“He showed up the day classes started and aced the entrance exam. We had a spot open and admitted him,” the admissions officer shrugs.

“His name’s Gyronomus. Gyro. Must be Greek,” the admissions officer says. “His application says he’s from Xenor. Must be one of them pretty Greek islands. There’s six thousand of ‘em, ya know!”

“Why aren’t his parents here?”

“My friend, have you ever counted the number of flight connections from Xenor?”

“Are you kidding? I’ve seen his astrophysics lab simulation on interstellar travel.”

“He’s a shoo-in for the Intel Science Award. Gyro gets the prize, Tech Prep gets the prestige!”

But Bermuda is the only prize the crowd is thinking about on this autumn day. Gyro continues, “…and the Verinian mathematical progression tells us the next earth-altering astronomical event will occur next March on-“

The headmaster checks his watch. “Whoa, not so fast, young man!” Maybe he can run out the two minute clock and save a personal fortune. He free lances: “Tell us Gyro, what world problem would you like to solve?”

“Is this a beauty pageant now?” Spike says, a bit too loudly.

Gyro glances at Spike – and at Cindy, the girl sitting next to him. She subconsciously twirls her hair. At five feet tall herself and with a perfect SAT score, Cindy may have finally found her match, both vertically and academically. “He’s kinda cute,” Cindy tells Spike. “And smart too.” To Gyro, Cindy is the noblest of all female creatures: a senior.

“Headmaster, I would like to prevent earth’s destruction, the next and final earth-altering event projected by the Verinian progression.”

“The gravitational pull of a black hole will swallow earth – and the entire galaxy – next March. “Astrophysicists are aware of the black hole, but don’t consider it a threat…”

“The kid’s a one-man Mensa meeting!” one parent whispers to her husband. “He’s rather funny too, although in a dry sort of way.”

“…That’s because they use Einstein’s theory of relativity to calculate the black hole’s gravitational pull, and Einstein’s equations are flawed! Einstein leaves out an extraneous force!  We’re doomed! Luckily for earth and the human race, the fix is quite simple.”

This is going well, the headmaster thinks as he stands behind Gyro at the lectern. Thirty seconds left and still no answer! But then the headmaster notices a scar behind Gyro’s collar at the base of his hairline. He leans in for a closer look. No, it’s not a scar. It’s a seam, a flap of some sort. He’ll investigate it later.

From inside that seam, Gyro hears, “Whoa Gyronomus! Not yet!” The order comes from his commander on the planet Xenor, transmitted through the acetate strip implanted on the left, analytical side of Gyro’s brain. The Xenors, an inherently benevolent race, designed Gyronomus with flesh and blood precision and sent him to save earth from becoming black hole chum. “You were to ingratiate yourself with the humans before you dropped the black hole thing on them!” the Xenor transmits. “Ingratiate! The humans are a highly irrational sort, Gyronomus, and will react unpredictably. Remember your training? They worship the Kardashians and once claimed Pluto was a planet!”

But with Senior Cindy pursing her lips for his sole benefit, Gyro hardly hears his Xenor commander.

Gyro fixes his gaze on Cindy. “The answer is March 15! Like Caesar, you will meet your doom on the very Ides of March!” Gyro hopes his historical reference impresses Senior Cindy.

The students check their smartphones for Bermuda’s best beaches and the age requirement to rent motor scooters.

“Wrong!” the headmaster shouts gleefully. The crowd deflates, but recovers quickly when the dessert carts emerge from the kitchen. The Bermuda trip will have to wait yet another year, much to the relief of the headmaster’s checking account.

“What’s a leap year?” Gyro transmits back to the Xenor.

“It’s a blatant non-linear hack on the space and time dimension,” the Xenor explains. “The humans can’t accurately measure a simple elliptical turn around their sun, so they add one day to their calendar every four years.”

When the disappointed throng clears the room, Cindy stays behind. Her four year love drought at Tech Prep just might be over. Feelings of the flesh and blood variety well up in Gyro, the very kind of flawed human emotion the Xenors wanted to prevent in their earthly redeemer. That’s why they installed a second strip over his hypothalamus, this one to block emotional response. But the toxic mix of bubbling pubescent hormones and Senior Cindy are too much even for the Xenor’s acetate strips: Gyro covers his groin with a folder.

The two ninety pound academic juggernauts sashay arm-in-arm down the hallway to their lockers. “Don’t go away now,” she winks, as she breaks Gyro’s grip and ducks into the restroom to freshen up.

In a breathless swoon, Gyro tears open the flap in the back of his neck. He yanks out the acetate strip that governs his emotions and stuffs it in his back pocket. “Abort! Abort the mission!” he hears on his analytical side. He rips out the communication strip as well, just before the Xenor commander hits Gyro’s kill switch. “Ahh, humanity!” Gyro declares, and monitors new developments behind his folder. “I’ll tweak that black hole mess next March,” Gyro and his hormones reason. “It’s time to live like a human!”

The hallway begins to rumble, and Spike turns the corner, fuming. “The SAT proctor says I cheated, you little dweeb!” he says to the darkened little form cowering in his massive shadow. As penance, Spike grabs Gyro by his shorts and executes with perfection his signature double front-and-back wedgie maneuver.

With makeup newly applied, the love-struck Cindy finally emerges from the restroom. But there will be a short delay in commencing Gyro’s fully human experience. For now, Gyro dangles up high on a hallway flagpole by his belt, pining for Senior Cindy down below with a one-eyed love stare through the vent flap of his tightie whities.

AUTHOR BIO:John Mara began writing fiction this summer beside a serene New Hampshire lake after years writing business articles inside a stale New York cubicle. He writes with the creative input of his wife Holly. They never fail to attract mortified glances when they discuss plot structure in restaurants. John’s short stories are published or forthcoming in five markets.

Published in Issue 79 Dec 2019
More in this category: « Bloody Beach by Brooke Tiedt
back to top
Realizzazione CMS