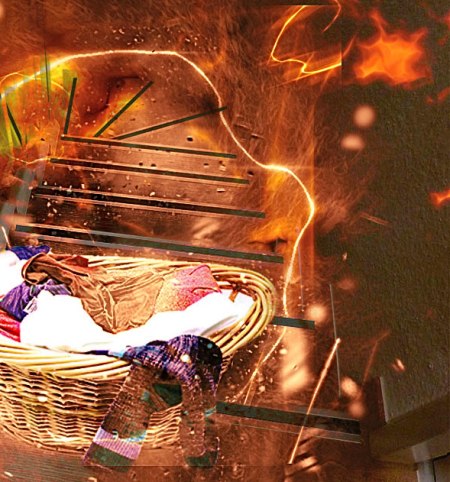 The booze smelled sour on his breath as he stumbled into her and asked, “Want to get out of here?” She had given him no signs that she was interested, in fact, the only reason Jess was even out tonight was to celebrate her friend’s birthday. She had been guilted. There had been puppy dog eyes.

Then an arm circled her waist from beside her and a clean-shaven man that did not seem like he had spent the better part of the last three hours doing shots with his buddies said, “Sorry man, she’s taken.”

“Honey, it’s not that we don’t like Cole it’s just that, well, it’s only been four months. How much can you really know about a man in four months?” Jess’s mother was trying to keep the panicked pleading from her voice.

“Mom, I love him. He loves me, that’s all I need to know.” Her heart was filled with warmth for the man who entered her life a stranger and had since never ceased to show his love for her. The way he would pull her tighter whenever they were out and another man seemed to look her way. The way he would show up unexpectedly to surprise her with lunch at work. And of course there was the proposal, no one saw that coming.

She jolted awake as she registered Cole shaking her arm.

“What? What’s wrong, are you okay?” She slurred as she sat up and rubbed her eyes, her heart beat much too fast for three in the morning.

“Who’s this?” He tossed the cell phone onto her lap, his glare was sharp, like his eyes would pierce through her if she deigned to lie.

The screen glowed with a message from her friend. “Robin. I’ve mentioned Robin, remember, we went to college together?” Why did she feel so anxious? She had nothing to hide. Maybe it was the way he was clenching his jaw, like he was preventing himself from calling her something distasteful.

“You didn’t tell me Robin was a he.” He pointed to Robin’s picture.

“Wait, why did you have my phone?” The sleep was gone.

“I’m not going to disinvite him to the wedding. It’s not my fault you didn’t catch that Robin is a man. There’s nothing going on, he’s one of my best friends and that’s it.” She felt like this was the hundredth time they rehashed the Robin situation.

“I just don’t understand why you can’t do this one thing for me,” he pleaded.  “It would make me uncomfortable to see him there, knowing he’s probably thinking about you like...that. I know, I know, you said there was nothing going on, but guys don’t think like that, Jess. It’s a little naive of you to think otherwise.”

“Shut up!” he snapped, no longer pleading but shaking with other, more vicious emotions. “Quit being stupid and see it for what it is. Guys can’t be just friends with girls. So unless Robin’s gay, he’s not coming to the wedding.” His face was red now, spittle was collecting at the corners of his mouth and a vein she didn’t know he had began pulsing above his right eyebrow.

Robin called several times but Cole thought it was best if she just ignored it. He inboxed her too. His first message was just reaching out to get ahold of her. His second message was to tell her how fucked up he thought it was that she could just ghost him.

His third message just came in, it only said, “Are you okay?”

Jess’s morning would have been perfect if she and Cole had not seen each other until the ceremony, as was customary. Instead, she woke up to Cole banging on her hotel room door demanding to know what time she got in last night.

The ladies took her on a “last hurrah” bar crawl and she lost her phone somewhere between the third and fourth bar. She had been texting Cole throughout the night, he was protective of her and always wanted to know where she was.

He gripped her arm much harder than was necessary. “Was he there?” His teeth were bared and his nostrils flared as he searched her face for any sign that she had been unfaithful.

“What happened to your arm, Jess?” Monica, her maid of honor, asked as she helped Jess zip the beautifully detailed gown. A bruise had begun to form where Cole grabbed her. He was just upset, as he had every right to be. She knew he liked to keep tabs on her. He had been in a toxic relationship prior to meeting Jess.

“I think I must have run into something when I got home last night, I was a little tipsy.” She smiled. “Help me cover it up.” She handed Monica the foundation.

She waited until after Cole’s favorite dinner to broach the subject. “Sweetie, the girls are having a little get together tomorrow for Lydia’s going away party. I thought I’d swing by if that’s okay?” She hugged him from behind, rubbing her hands up and down his chest. He liked it when she asked him beforehand to do things with her friends.

Her heart sank. This was the second time in the last week he had told her no.

“Come on, we could do something after. Maybe get something for dessert?” She flirted, her hands dipping lower toward his waistband.

“I said no!” His body stiffened and he pushed her hands away roughly. The sudden mood swing felt like a slap in the face.

“Oh, don’t get all weepy on me,” he chided when her lip started wobbling involuntarily. Stupid lip. “I just want you all to myself. I want dessert of course.” He pulled her in close and started nibbling her neck, his voice like a purr in her ear, “But I want it all. Dinner, appetizers, drinks, I can’t get enough of you.” As his mouth found hers she forgot what she was upset about in the first place.

The front door closed and the last guest left. Since Cole wouldn’t let her go, Jess decided to have a few of the girls over for a pre-party to say good-bye to Lydia. She was clearing dishes from the table when she heard his footsteps.

“Oh, hi.” She smiled, not catching the way his fists clenched at his sides or the way his shoulders seemed to raise. “When you called to say you’d be late I figured we weren’t going to get to spend any time together anyway so it wouldn’t matter if I had a few of the girls over. I’m sorry. Here, why don’t you sit down for a minute and I’ll grab you a plate before I clean all this up.” She juggled a stack of plates in her arms.

“Let me help you with those.” He yanked the stack from her arms and threw them to the ground. “Don’t do that again. When I say no, I mean no.”

Jess had been keeping a low profile in her friend group. She was afraid to ask Cole again to go out and she knew her house was out of the question. Actually, if she counted back, it had been over a month since she spoke to any of her friends. Most of them stopped trying.

She was thinking about what Cole would like for dinner when the doorbell rang. She opened the door and her breath caught in the back of her throat. She felt the blood drain from her face. Robin.

“Jess, wow, um, I guess I didn’t expect you to be here. I ran into some of your friends and they --”

“Go,” she said a little too loudly, her eyes grew wide and she looked over his shoulder at the still empty driveway. “Please, you shouldn’t be here, it’s not a good time.”

“Now you’re freaking me out. Are you okay? What’s the matter, why--” Jess saw the blue Corolla turn at the end of the street and it was coming their way. She slammed the door in his face with no further explanation and ran upstairs to pretend to be folding laundry.

She was undecided between sleeping in for another twenty minutes or waking up to do a couple miles on the treadmill when she realized something was wrong. This wasn’t her bed. Eyes still closed, she reached out for her phone on the bedside table but her hand kept bumping into something before she could get there. There was something clipped to her finger.

“Jessica? Jessica Rein? Can you hear me? I think she’s waking up.”

She tried to open her eyes but they were heavy. They felt glued shut. Maybe she should go back to sleep.

“Jessica?” A new voice spoke into her right ear. “Can you speak?”

She licked her lips, they were bigger than she remembered. “Yes,” she croaked. She was more confused than sleepy now.

“Jessica, you had a nasty fall. Do you know where you are?” She was able to force her eyes open into a slit and make out a pudgy man in a white lab coat. He looked unshaven and tousled. She wondered if she should be worried.

“Your husband found you at the bottom of the stairs unconscious. He said the laundry basket was on top of you, were you carrying laundry down the stairs? Do you remember?”

She didn’t know if she remembered. She had some sort of vague recollection of doing laundry, but she wasn’t sure if it was this particular instance.

“Remember, honey?” His voice made her stomach plummet.

AUTHOR BIO: Jasmine Stanford is a multi-career writer who spends as much time with her two kids as she can. Living in Iowa, a lot of her time is spent outdoors and with family.

Published in Issue 75 Aug 2019
More in this category: « Strawberry Moon in the Cherry Orchard by Avra Margariti
back to top
Realizzazione CMS