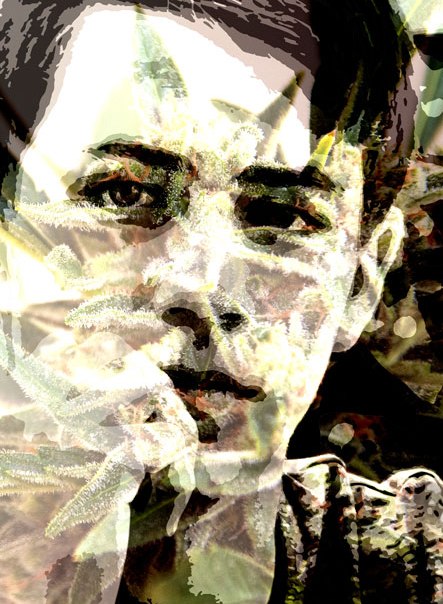 Jackson knew it was nothing good when his mom showed up at the high school with his father in the car. His dad looked like an overgrown child, holding his briefcase on his lap like a lunchbox. Jackson couldn’t remember the last time he’d seen him in a car he wasn’t driving.

He didn’t feel any better when they pulled up to Ray’s office.

Parents liked Ray because he was different from other therapists. None of that touchy-feely garbage, Ray cut to the point. Sometimes kids thought he was cool. Tattoos covered every inch of his jacked up arms. Before getting clean, he’d been a gearhead, or a deadhead, or some kind of head. Metal, maybe. The admiration seldom lasted.

He hadn’t moved offices since their last visit, but the building had changed, for the worse. Jackson always thought this strip mall behind the freeway a strange place for a therapist’s office. Before, it at least shared space with normal stores: florists, Chinese restaurants, ambulance-chasing attorneys. Now it was payday loans and vape shops.

Austin and his mom were already in the waiting room when they walked in. He looked like a Westie, with tear-wrecked eyes under his curly blond skater mop. In a long dress and too red lipstick, Austin’s mom looked dressed for a job interview instead of a therapy appointment.

Jackson’s mom wrapped Austin’s in a hug. She let her, but didn’t reciprocate. Instead, she stared at Jackson’s father, as if as the only man in the room, he alone had the capacity to sort this all out. He looked uncomfortable. Therapy wasn’t his forte, even with a hard ass like Ray. Austin’s dad wasn’t in the picture anymore.

“Gloria,” Jackson’s mom said, “This is the last thing you needed – we’ll get to the bottom of it.”

“Ray said go right in,” she said, her eyes on Jackson’s dad.

Like the building, Jackson found Ray somewhat deteriorated by time. He still preferred gym clothes, but where Jackson remembered only muscles, outlines of sagging breast and belly fat now pressed against the stretched fabric of his Under Armor shirt. He smelled like too much cheap after-shave. Jackson wondered why a tough guy like Ray desired to be so scented. Maybe he sweat a lot. Maybe he still smoked cigs.

“Sit.” Ray pointed to the table in the center of his office.

The cheap folding table was it for furniture. Extra chairs were stacked in the corner, next to the aluminum filing cabinet. Ray didn’t bother with the standard trappings of a counseling office, no leather couches or framed degrees hanging on the wall. Just a taped up poster of the twelve steps, curling at the edges.

“Next to me,” Ray said to Jackson, pulling out the closest chair. “Let’s see if you handle the hot seat better than your associate out there.”

Austin’s fanny pack sat on the center of the table, unzipped. Jackson couldn’t see completely inside, but he saw enough, ziplock baggies and the tinted glass outline of his bubbler.

“Want to save us some time?” Ray asked.

Jackson kept quiet. He’d seen enough scenes like this to know how to handle himself:

Deny, deny, deny. Hold strong until they became frustrated enough to strangle him, then fall apart. Let loose the tears and snotty catharsis. Except, and this was critical, make the breakdown about something besides the drugs. Make them feel sorry for him. Make them feel guilty.

“You probably heard already,” she said, pulling a planner from her purse. “We discovered Saturday that Jackson is using again.”

“The stench of bullshit is filling this office,” Ray declared.

Jackson wondered how he could smell anything beyond the Old Spice.

“It’s not been easy for us,” Beth said. “But Christ, J, think of poor Gloria. She’s doing this all by herself. At least stop lying.”

“What Beth said is right.”

The first time the family visited Ray, Jackson’s behavior hadn’t been their focus. He’d not even been sure why they brought him, except that Ray insisted the entire family come. The first time had been about his brother, Nathan.

“We caught J and Austin using together about six months ago,” Beth said, searching her planner. She kept notes on everything. “In May, actually.”

“You denying that?” Ray asked.

“So we confiscated their cell phones, and forbid the boys from speaking,” Beth said. “We didn’t know who instigated what.”

“Hard to say with these two,” Ray said. “They’re both the lost child.”

Jackson noticed his father, who’d been fidgeting with a thread on his coat’s button, looked up at “lost child.” Ray had taken one look at Nathan and immediately recommended inpatient treatment. Jackson remembered the ride home from that session, a fleeting moment of family unity in an era of heartache. Rehab? For a little weed? The entire family laughed their asses off at Ray’s suggestion, even Jackson, although he didn’t know what it meant. He’d done anything to impress Nathan. Laugh, lie, keep secrets. Between the brothers, there was no right or wrong, only loyalty.

Later, when things turned serious, it was too late. Nathan was 18 by then, too old to force into a program.

“I woke at midnight to find Hank on the phone with Gloria,” Beth said, looking at Jackson. “She was a wreck – she’d found Austin using and warned us in case Jackson was involved.”

“Jackson,” she said, chasing him with her eyes. “You’re lying.”

“I can see it in your face, boy-o, but even if I couldn’t, I checked the caller ID – you’ve been in contact with Austin.”

“Of being seen,” Ray said. “He’s hiding behind the lies, even when we’ve got him dead to rights.”

Ray pushed his chair back, and stood up slowly. Jackson watched him walk towards the filing cabinet. He was still strong as shit, but moved with great effort, like his muscles were obstacles instead of tools. A fading AA tattoo, the circle with a triangle inside, folded in half where the skin of Ray’s arm wrinkled. Jackson wondered if his bullshit detector was still so finely tuned.

Ray plopped a brochure on the table.

“An adventure based rehab,” he said. “Designed for boys like J. Not easy, but it will force him to face the truth.”

“Can we even afford this?” Hank darted his eyes around, trying not to look at his wife or his son. He ended up facing Ray.

“This is how dysfunctional families work,” Ray explained. “Everyone finds reasons not to change. You’re scared too, Hank.”

“You’re scared, Hank,” Ray went on. “But you can be brave today, or wait until it’s too late.”

“Hank,” Beth weaved her fingers through her husband’s trembling hand. “I’m scared, too, but we can’t keep pretending everything is ok.”

Jackson sensed his father flailing, and kicked into gear.

“This is fucking therapy?” he asked, forcing tears. “After two years, and not saying a word about Nathan, this is it? Five minutes with Ray and you’re sending me to a boot camp?”

“Stay strong Mom and Dad,” Ray cautioned. “This is all part of the playbook – he’ll throw everything at you to keep things the way they are.”

Jackson looked at his parents, hugging in the middle of Ray’s seedy office. He had one last card to pull, the truth. But, he couldn’t remember the last time he’d seen them touching. Perhaps because it wasn’t working, he finally felt the weight of his breakdown, and real tears came. He swallowed those last words.

“He can leave tonight,” Ray explained. “There’s no point in putting it off.”

Hank looked at Beth, who nodded her assent.

“Hank, why don’t you take him into the waiting room, while we make arrangements?” Ray asked.

Father and son stepped into the waiting room, where Austin and Gloria still sat sullen in their chairs. Hank tried not to look at his son.

“I’ll go to rehab,” Jackson said to his father, though loud enough for Gloria to hear. “But, if you two are going to keep it up – get a fucking cell phone.”

*Step number 9 of the 12-step program for addiction recover is: Make direct amends to such people wherever possible, except when to do so would injure them or others.

AUTHOR BIO: A graduate of the University of North Carolina by the narrowest of margins, Michael Pesant lives, works, and writes in Asheville. His essays and short fiction have appeared in The Acentos Review, Junto Magazine, Horseshoes and Hand Grenades Magazine, and elsewhere.

Published in Issue 64 Sep 2018
More in this category: « Étude for an Extraordinary Mind by Julie Novakova
back to top
Realizzazione CMS