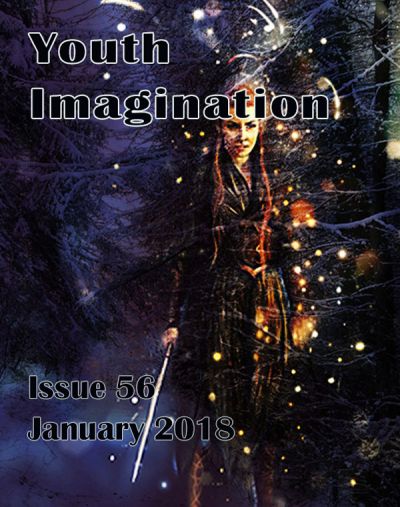 Ready or Not by Holly Schofield 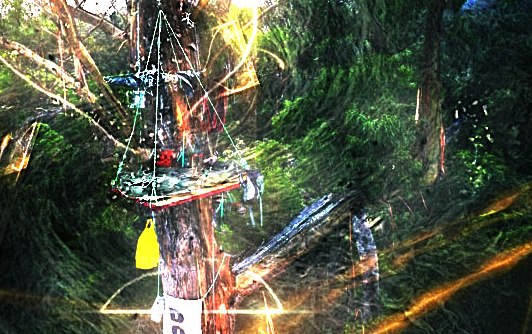 "But, buddy, where did the forest go? How could trucks remove the timber so quickly? And all the dirt? At night?"

Devon, uncomfortable in the crowd of people, turned away from Poitr's sputtering and put his hands in his jean pockets. A dozen or more vehicles crowded the narrow gravel road, parked every which way. Reporters, forest service personnel, and police officers gestured and roamed in circles around the gaping pit.

"Don’t know. It all just, like, disappeared," he finally answered.

They stood on the edge of the former clear-cut, looking at what had been Majestic Grove. Dozens of immense firs, uncounted bushes, brambles, and salal were replaced by…nothing—an empty straight-edged crater, several acres in size. A fern, perched on the edge, let go and fell almost a hundred feet to the light brown loam at the bottom of the pit.

Poitr snapped his toothpick clean through and threw it on the ground. "Damn it, Devon, talk to me!"

What was he supposed to say? That aliens had zoomed in from outer space and taken it all? The truth was simply unbelievable.

He used the angle he'd thought up during the long, wet walk last night. "Look on the bright side, man. Whatever happened, Massive Pulp will be accused of stealing not only old growth timber but an entire forest ecosystem. It’ll tie them up in court for years."  He waved a hand and was pleased to note that it was steady.

Madeleine and Sarah by Jack Fisher 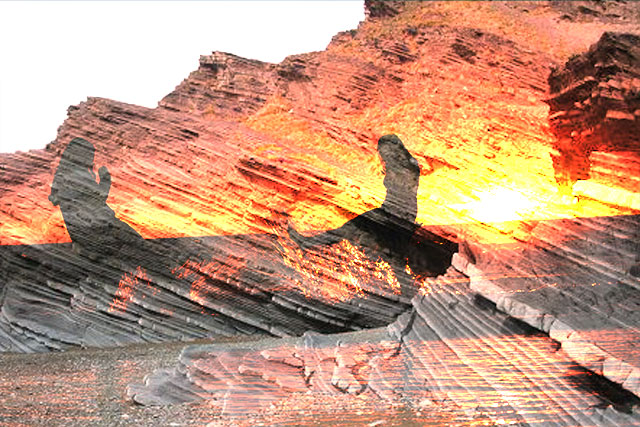 Madeleine stands on the doorstep, both hands balled into fists. The right, close to her side, clenching a coil of notes. The left poised three inches from the door. She turns her head down the street to the boy standing, waiting. The boy she might have told herself she loved, but who now seems like a malevolent stranger. He stares back at her. She takes a breath, tenses the muscles in her right arm in an effort to control the shaking, and knocks. Nothing. She knocks again. There are sounds of movement. A man’s voice. Footsteps, getting louder. A shadow across the peephole. Keys turned in locks, the door eased open, caught by a chain. Two eyes, cold and suspicious. Eyes she recognises.

A laugh, a dry, croaking laugh, and a muttering. ‘Fucking hell’. Then, more clearly:

The chain slides back. The door opens. The man, pale and mean-looking. He looks her up and down. When he sees the money he holds his hand out, expectantly. But Madeleine looks past him. She is waiting. There is movement, then, silhouetted by the sun streaming in through the back door, she appears. Sarah.