That Awkward Moment by Susan Howarth 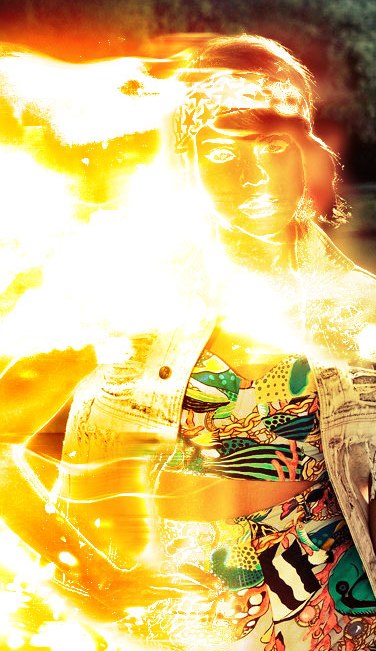 Aaron made sure there was no food stuck in his teeth and flattened his hair. Again.

"Would you stop that?" Nate punched Aaron's shoulder.

Aaron shoved his hands in his pockets and concentrated on putting one foot in front of the other. Another block to go. He had seen these cookie-cutter houses with their carports, barbecues, and well-trimmed lawns a thousand times. His house was only five minutes away and looked just like them. But that night, he knew he was in a whole different world.

The street was quiet, unlike his racing mind. Sweat was pooling under his arms, and he made a mental note to keep his Beatles hoodie on all night. He didn't know much about impressing Tess Jacobs, but he knew that giant pit stains wouldn't help.

"Seriously dude, you look like you're about to puke. We're going to a party, not Principal Mackie's office," Nate said.

"This isn't just any party. Tess is going to be there." Aaron's voice was higher pitched than usual. "What am I supposed to say to her?"

"Talk about her band. Haven't you been to every one of their gigs?"

"If she finds out I've been sneaking in and hiding at the back to watch her, she'll think I'm a stalker."

Tess was the lead singer in a girl's rock band called Minor Blaze. The group was still working some things out -- like how to play the right notes and sing on key -- but God, Tess looked amazing up on stage.

"You are a stalker, dumbass. You've been staring at her from a distance for the last six months, not to mention talking my ear off about her. Trust me, it's time to make your move."

"I have no moves." Between his blond hair and dimples, Aaron looked closer to twelve than sixteen. And it didn't help his confidence that he had recently been offered a kids' menu at Boston Pizza.

"Why not try this: 'Hey, you're really cute. Wanna make out?'" Nate wasn't entirely kidding. That was pretty much how he got girls to hook up with him. Best friends or not, Aaron hated him for it.

"Don't worry, just chug a beer when we get inside and you'll feel better. You need to relax."

Aaron checked that the folded paper was still in his back pocket. He had spent the past three weekends holed up in his room designing a poster for Minor Blaze, as a surprise. He rarely managed to put coherent sentences together when talking to anyone with boobs, but graphic design he could handle. He started with a picture of the band, added flames, changed the lighting so that Tess shone brightest, and toyed endlessly with the fonts to get everything just right.

They walked up the driveway of number ten Maple Avenue, and Aaron started fidgeting again.

"You ready?" Nate asked as he opened the front door.

Once inside, the dreadful sounds of Miley Cyrus filled their ears and they followed the noise to the basement. Aaron waited for his eyes to adjust to the dim lighting, then scanned the room. He saw a piss-yellow couch against the wall with frayed cushions. A bunch of girls from his class were piled on it taking selfies with pouty lips. There was a heated game of beer pong in progress, and a few people were dancing on the shag carpet next to the stereo. But no sign of Tess. He couldn't decide whether he was relieved, or disappointed.

"NATE!!" squealed Nate's girl-of-the-week. She ran over and draped herself around him. What was her name again? Shelly? Suzie? Aaron couldn't keep track. Within minutes, the two of them were huddled in a dark corner.

So much for my wing man, Aaron thought.

He made his way over to the cooler full of booze. He definitely needed some liquid courage if he was going to survive the night. He twisted the top off a beer, took a swig, and forced himself not to spit it out. He wondered how many other guys only pretended to like beer. Once he emptied the bottle, Aaron popped a piece of gum in his mouth. His chances of kissing anyone were slim at best, but he didn't want to risk having beer breath if the opportunity presented itself.

Then he saw her.

Tess came down the stairs, and for Aaron, the rest of the party disappeared. He heard her laugh, and watched her tuck those long, crazy curls behind her ear. A denim skirt showed off her curves, and it was impossible for Aaron not to stare.

Tess moved from conversation to conversation with ease. She was one of the rare people who had figured out how to be accepted by the popular kids, without needing to be an asshole to the not-so-popular kids. Aaron had a soft spot for the latter group, because he suspected that without Nate, he would be one of them. The day he had truly fallen for Tess was the day she'd stolen all of Charlie Beckam's clothes from the boys' locker room as payback for Charlie stuffing a ninth grader in a dumpster. She was cool like that.

He didn't walk up to her, but casually positioned himself to be in her way as she headed for the cooler. He rubbed his sweaty palm against his thigh before pulling the folded paper from his pocket. Giving her the poster as a grand romantic gesture now seemed nothing less than creepy. When she was only a few feet away, he chickened out and flicked it onto the coffee table behind him.

He managed to force the words out before he lost his nerve: "Hey, Tess."

Aaron opened his mouth and nothing came out. Her gorgeous brown eyes were drowning him.

Say something, you idiot. Anything.

"--C'mon guys, I want a picture of everyone!!" Aaron wasn't sure who yelled it, but was grateful for the interruption. Everyone started bunching together, and Aaron managed to slide behind Tess. It was a sea of warm bodies, and Aaron took a chance by taking a small step forward. He felt her back against his chest. Figuring he'd never get another shot like this, he lightly put his hand on her hip. He fully expected her to pull away. After a torturous pause, Tess pressed her back against him and pulled his arm around her waist.

Aaron's heart rate tripled and he felt light-headed. It was frickin' awesome.

Thankfully, the drunken mob still wasn't organized for a photo, so Aaron had at least another minute of this to savour. He inched a little closer. He took a deep breath in; her hair smelled like Skittles. He exhaled slowly and closed his eyes. When he opened them, his stomach lurched as he came to a horrific realization. His gum was no longer in his mouth; it was nestled in Tess's soft, black curls. He stared at it in disbelief.

He tried to pick it out without her noticing, but it refused to budge.

The crowd drifted apart and Tess slowly turned to face Aaron. She tilted her head and gave him a half smile that made his heart ache.

"Yeah?" Tess looked hopeful, which made it even worse. He dropped his gaze to his feet.

He was still struggling for the right words when he heard some girl shout, "Tess, you have GUM in your hair! Eww!"

Tess instinctively touched the back of her head, and her eyes grew wide when her fingers met the sticky culprit. She didn't wait for the apology that Aaron tried to get out; she just ran to the bathroom and closed the door.

Aaron couldn't stand the thought of facing her again, so he rushed over and pried Nate away from Suzie/Shelly's lips. "We have to go. Now."

"What? Why?!" Nate's cheeks were flushed and he -- understandably -- had no interest in leaving.

Aaron was too humiliated to explain the story to Nate. But he needed to get out of there. "Never mind. You can stay if you want, I'm going home." He jogged up the stairs and flew out the front door.

As he walked down the deserted sidewalk, Aaron focussed on the sound of buzzing street lights in a lame attempt to stop his brain from replaying what had just happened. He couldn't believe it; he had blown his only chance with Tess. His insides churned with embarrassment.

Two blocks later, he heard quick footsteps behind him. He knew it couldn't have been easy for Nate to leave. Loyalty like that is hard to find.

Aaron froze. Tess. She sounded mad, and he couldn't blame her. He turned around and waited for her to catch up, even though what he really wanted was to get the hell out of there.

"Yeah, I found a pair of scissors in the bathroom and cut it out." She said it like it was no big deal. "That's not why I'm upset."

"Of course I did, wouldn't you? There was gum in my hair and everyone at the party heard about it. It was embarrassing."

Tell me about it.

She looked at him expectantly, like she had just asked him a question.

"Look, I'm not sure what you want me to say. But I really am sorry." He wanted to get home so he could curl up on his bed and wallow in self-pity.

"I found this on the table after you left." Tess held up the Minor Blaze poster. "I don't suppose you know anything about it?"

"Oh that. It's just, uh, something I threw together. You can toss it if you want."

"You really are an idiot," Tess said as she moved in front of him. She slowly wrapped her arms around his neck, and the corner of her mouth lifted into the same half smile she'd given him earlier. "I guess I'm going to have to spell it out for you."

She went up on her tiptoes and pressed her mouth against his.

He wasn't entirely sure what had just happened. But he was happy his breath was minty fresh.

AUTHOR BIO: Susan Howarth lives with her husband and two children in Prince Edward Island, Canada. She is a public servant, a band geek, and a poker player with degrees in psychology and law. You can find her on Twitter: @SusanMHowarth

Published in Issue 46 Mar 2017
More in this category: « Rope Bound by Katie Stevens
back to top
Realizzazione CMS