Queen Asanda of the Purple Toes by Rachel Printy 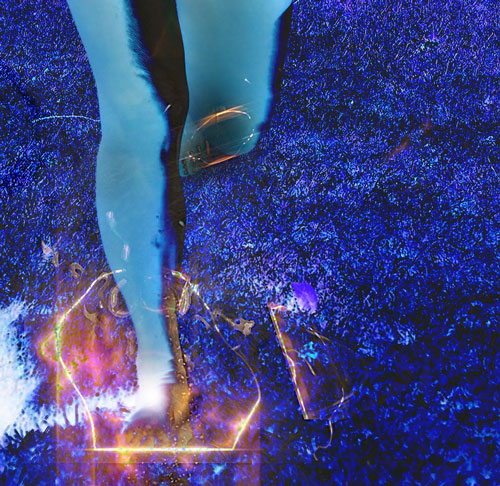 Asanda peered at the feet sticking out from under her sheets. The big toes were still there, but the others were nothing more than charred, shrunken nubs. Rivers of shiny white scar tissue streaked the top of otherwise brown skin, skin the color of the mud that lined the bottom of the Buffalo River near her home. Only two gnarled toenails remained.

They were painted purple.

Nail polish wasn’t something a thirteen-year-old girl came by easily in *East London, South Africa. Her parents couldn’t even afford to buy meat most days, let alone beauty products. It was Nekenja that had surprised her and brought the lacquer over last night to console her after Asanda’s only pair of shoes was stolen.

She would never forget the first time they met two years ago at church. Someone in the pew behind her tapped her on the shoulder just as the service was ending. She turned around to find a lanky girl with spotless ebony skin who appeared to be around her same age, perhaps a year or two older. “Hi, I’m Nekenja. What’s your name?” she asked.

“I love your dress, Asanda.”

It felt good to hear her real name. Nekenja had apparently not heard the nickname of **Irhamncwa that Asanda had been given by all her classmates in her native language of ***Xhosa. They were referring to her monstrous feet - it meant beast. But Nekenja didn’t seem to be repulsed by her disfigured limbs. The two of them fell into an easy friendship. Nekenja was full of knowledge about boys, makeup, pop music – strange, exotic subjects for Asanda, who lived in a one-bedroom shack with her parents. Nekenja’s dad was the Pastor of their church, and their family of four lived in a home with electricity and running water up the hill.

Up until two months ago, Asanda had never even owned shoes. Kids in her squatter camp just weren’t that lucky. Nekenja was the one who had convinced her father to secretly collect money from his parishioners to buy her a pair. Asanda, never good with words, had cried silent tears of gratitude the night her friend brought them over.

“January. A week before school starts.”

“So you’ve got plenty of time to break those in,” Nekenja said as Asanda pulled the lavender shoes out of the gift bag. An early birthday present she’d told her. Asanda ran her hand all along the smooth, neon-colored sides. The material was dyed her favorite shade of purple. Her cheeks ached that night from the constant smiling as she lay in bed with the shoes beside her mattress.

They molded perfectly to her feet. She knew that with them she’d be able to run faster than ever. Already she’d won a fair share of local competitions racing barefoot. A doctor once told her she was “lucky” because the only toes one needed for enough balance to walk were the two big ones. Even so it had taken her a long time after the accident to toddle more than just a couple steps. Although it had happened eight years ago, she would never forget how imprisoned she’d been during the healing process.

Her burned feet had suffered from frequent infections those first few months and were too painful to walk on. Because her parents had to carry her anytime they left the house, she was often left behind. When the bandages came off and she was finally able to use her legs again, walking eventually turned into running. Running meant freedom.

She’d race past mud houses and low-lying acacia trees, beside highways with zooming cars and newly-built factories, their smoke stacks circling up into the sky. At first her new skin was so fragile it would slough off in chunks, leaving behind a bloody trail wherever she went. But her soles thickened over time, and as the scorching pain decreased, she’d push herself farther and farther into the surrounding terrain. Now she could even make it to the Indian Ocean with its stretch of hot-powdered coast. That was always worth the twenty-kilometer trek. She would lie in the soft brown sand and dream about how different her life would be if that pot of boiling water hadn’t knocked over onto her as a little girl. Her deformed feet and hideous scars had always frightened the kids in her primary school, turning her into a loner who ate lunch by herself. Silence was better than their teasing.

Soon, however, she would be starting at another school, the same one Nekenja attended that was a little further up the road from her squatter community. With her new shoes, she hoped most of the other students would never find out about her beastly feet. The upcoming race would be her first time meeting several of these future classmates, and she was determined to make a different impression this year. It was all she could think about that summer.

But now with the shoes gone, that would never happen.

Asanda remained in bed as the early morning sun streamed in through their shack’s single window, highlighting the dust particles in the air. She guessed it was around seven. The race would begin in another hour or so. By then she would be jogging the path along the river near her home, still barefoot, still alone. She buried her face deeper into the pillow as her eyes began to brim over with tears. She didn’t want her parents sleeping in their nearby cot to wake and see her like this. Her mother had cried more than enough two days ago when they discovered that the shoes had been taken. Asanda had stood in stony silence over the spot where she had left them tucked away in a corner of their shack while they had gone into town to buy food. Life had always thrown her one disappointment after another. She decided then and there that she wouldn’t participate in any more races. She’d had enough.

Asanda was on the brink of falling back asleep when she heard a soft tapping on the window. She threw off the sheets and climbed out of bed. Peering through the glass, she saw Nekenja motioning for her to come outside. She quickly changed into a tank top and a pair of shorts behind their family’s small privacy curtain before joining her.

“Hurry up, we’re going,” her friend greeted her.

“What are you talking about? Where?”

Asanda stared down at her feet, unable to look her in the eye. Nekenja must have suspected that she was going to bail on today’s competition. “I’m done with racing,” she mumbled.

“Don’t be ridiculous, you never needed the shoes to win before.”

Hot tears came spilling out onto Asanda’s cheeks. “You don’t get it, do you? It’s because you never have to worry about fitting in, Miss-I-have-it-all. It’s not about winning for me. Just leave me alone, alright?” She realized she was shouting. Embarrassed, she ran off to her favorite trail, leaving behind a wide-eyed Nekenja in her wake. She was angry at herself for being so mean to her only friend, but she didn’t want to bring her down with her when the school year started. Better to make a clean break now.

She sprinted until her calves were on fire and her lungs ached, and then collapsed in the dry brush next to the water. Beads of perspiration trickled down her temples. A breeze stirred, cooling the back of her bare neck. She closed her eyes and concentrated on the sound of the wind rustling the tall grass leaves, letting it sooth her. It wasn’t long before her tranquility was interrupted by the sound of approaching footsteps, however, and seconds later a breathless Nekenja came crashing down next to her.

Asanda smiled, touched that her friend had come after her. She sat up to face her, cross-legged. She needed to apologize. Fiddling with some dry twigs beside her, she struggled to find the right words. “I’m sorry for what I said to you back there. It’s just that, without those shoes, everyone will see that…that I’m a monster. Did you know the kids at my last school called me Irhamncwa?” She’d never told Nekenja her nickname before, and she looked stunned.

“That’s awful! I’m sure they’re just jealous because even with all their toes you can still outrun them.” She said while giving her a playful shove on the shoulder. “Asanda, it’s ok to be different. Who wants to be exactly the same as everyone else? How boring.”

Asanda shrugged as she stretched out her limbs and wiggled her feet. The sunlight bounced off tiny flecks of glitter in the nail polish, making it sparkle. “I’m definitely different. I guess there’s no hiding these toes now.”

Nekenja gave her a wink. “Starting today you are no longer Irhamncwa,” she said as she pretended to run an invisible wand over her head. “Henceforth you shall be known as ‘Queen Asanda of the purple toes!’”

They both giggled. “As long as you call me Your Highness,” Asanda replied.

“Seriously though, I think there’s always something we want to hide about ourselves. Do you know I’m still afraid of the dark? It’s true. And once I stole ten rand from the offering plate at church. First I bought an orange soda and then some bracelets. I only wore them for a couple hours before burying them in our backyard so my parents wouldn’t find out. I still feel bad about that.”

At first Asanda didn’t know how to respond. She couldn’t believe that her friend was admitting all of this to her. Nekenja had always seemed so put-together, so faultless. Asanda realized that she liked her even more though knowing that she, too, was imperfect. Maybe everybody really did have things they were ashamed of.

“You know, I could always take those bracelets from you, if you wanted. Only out of concern for you, of course.”

Nekenja laughed. “I bet! Well I do have a little extra money saved up from babysitting this summer that I was planning on throwing in the offertory to make up for what I stole. So how about this: you get out there and race today, and you can call the bracelets yours.” She stood up and stuck out her hand.

“Deal!” Asanda said as she gripped onto Nekenja, who pulled her up to a standing position.

They started back at a light jog towards the direction of the track, mercifully only a couple kilometers away. The two of them arrived just in time to hear the announcement that the 1500-meter dash was up next. It was Asanda’s specialty. She rushed over to the registry table and within minutes had her number pinned to the front of her shirt and was lined up with seven other high school girls. She crouched into starting position and scanned the stands until she spotted Nekenja, who gave her a thumbs-up just as the gun fired. Asanda sprinted off, every muscle fiber in her body coursing with newfound strength. She still couldn’t believe it when six minutes and forty-seven seconds later, Queen Asanda of the purple toes crossed the finish line first.

*** Pronunciation: a click of the tongue followed by “osa”, or ko-sa.

AUTHOR BIO: Rachel Printy lives in NYC where she spends her free time reading, writing, salsa dancing, and drinking entirely too much coffee. You can find links to more of her pieces at www.rachelprinty.com

Published in Issue 34 Mar 2016
More in this category: Melusine By Jesse Weiner »
back to top
Realizzazione CMS