Save It for Later by Corrie Adams 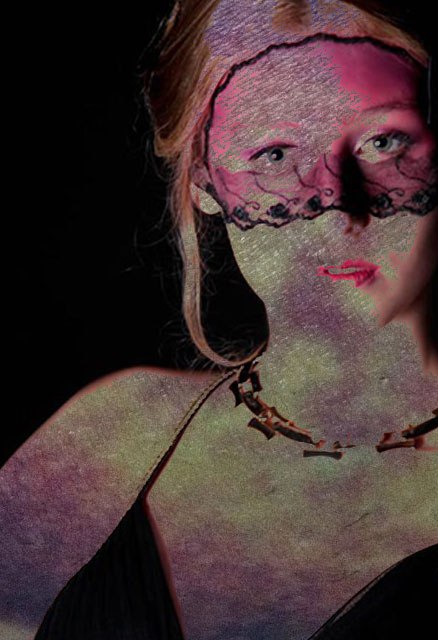 Kat and I, we had a code. When things got too real, and one of us didn’t want to talk about it, we’d say four little words: Save it for later. Sometimes “later” never actually arrived, but that wasn’t actually the point. It was just a way to make space. To breathe.

Neither of us could remember when it started. Kat lived across the street from me, and we’d been best friends for as long as I could remember. But it might’ve been when her parents split up, back in the sixth grade. One day, I saw her standing on her front porch with her little brother, and she had her hands over top of his ears. I couldn’t see their folks, but I could hear them.

Kat was crying, but being quiet about it. I crossed the street, not sure what I could do but pretty sure I should do something. She shook her head at me, and mouthed one word: Go.

Kat’s dad moved out that weekend. Her mom kept the shades drawn on all the windows for months, and we stopped hanging out at Kat’s place after school. She always had an excuse for why we should be somewhere else.

Their lawn grew into a weedy, overgrown mess that spring. Eventually, my dad went over with his mower and fixed it up. Mrs. Archer must have taken it as a sign or a hint, because things started to get a little better after that. She stopped crying all the time, anyway. That’s as much as I knew about it, because Kat wasn’t talking.

Save it for later wasn’t only about the big stuff, though. We used it on little things, too. Like when I had a crush on Danny Wright but didn’t want anyone to know. Or when Kat got a test back with red pen all over it, and she didn’t want to tell me her grade. We were best friends, but even best friends sometimes have limits. Borders. My walls were never as high as hers, though.

When we started our last year of highschool, I talked about what universities I’d be applying to. Kat didn’t really have many plans of her own. She said maybe she’d  get a job, and save up enough money to buy a car. Sometimes she talked about driving across the country.

“You could come with me,” she said once. I laughed because I figured she was joking. But when I thought about it later, I wasn’t so sure.

We double-dated at prom. I wore blue and Kat wore black. She said, together, we made up a bruise, and then she laughed and slipped away from me to snuggle up against Neil, her date. I wasn’t sure whether to be mad or not. I didn’t understand what she meant.

The four of us posed for photos on my front lawn. Mrs. Archer watched from her front window while my dad took about a hundred pictures. And then we headed off to the dance we’d been waiting and planning for since the eighth grade.

In the parking lot, before we went inside, Kat slipped a flask from her purse and drank deep. She grimaced a little, then laughed.

“God, that tastes like crap. But it’s time to get this party started!” She held the flask out towards me. “Want some?”

“What are you doing?” I hissed, looking over my shoulder. “If you get caught, you’ll get kicked out. Maybe even suspended.”

Kat looked at me, one eyebrow raised. “Save it for later, Jilly. Seriously.”

I stomped away, alone. Mark, my date, hurried after me. Kat did not.

I spent the rest of the night pretending not to notice her getting gigglier and wobblier by the minute. I watched as Neil wrapped an arm around her when she stumbled on the dance floor. He pulled her tight and whispered something in her ear. I turned away when she kissed him on the mouth.

I sipped Diet Cokes and danced with Mark to all the slow songs. He had sweaty palms and dandruff. This was not how prom was supposed to be.

At the end of the night, during the final slow dance, Mark’s clammy hands grew brave. One slipped from my shoulder to the back of my neck. The other slid around my waist and then down. He pulled me closer, until I could feel the heat of him, the hardness of him, even through our clothes.

I tried to open up some distance between us, but Mark held on tight. When he kissed me on the neck, just below my ear, I increased my efforts, and finally broke out of his embrace just as the song ended. He smiled at me, then reached over and grabbed my hand.

I scanned the crowd, looking for Kat. Needing her. But she was already gone and I was on my own.

“My parents are expecting me by midnight,” I said, though they hadn’t actually said so.

“What if I won’t?” His fingers laced tighter into mine. He pulled me towards him, then leaned in for a kiss.

I put my other hand against his chest, and pushed him away. “You will. You better.”

He drove me home without speaking. The car door was still swinging shut behind me when he threw the car in reverse and gunned it out of my driveway, and then he was gone. I stood there for a moment, looking across the street at Kat’s house. All the lights were off, even the one over her front door. I turned and went inside.

The next day, I texted her three times, but she didn’t answer. So mid-afternoon, I crossed the street. Mrs. Archer answered the door and waved me in.

“She’s still in bed, Jilly. You guys must have had some fun last night, huh? Go on up, it’s past time she put in an appearance today.”

I climbed the stairs and pushed her bedroom door open. The room was dim and stuffy. Kat was wrapped in her blankets but I could see her eyes were open. She was staring at the ceiling.

She nodded, but said nothing.

“So, you wouldn’t believe what happened after you left,” I said. “Mark got way too friendly, if you know what I mean, and…”

She turned her head and looked at me. Even without the lights on, I could see her lip was split, and there was the hint of a dark shadow along the side of her face. Bruises. The rest of my words dried up in my mouth, unspoken.

And then, just like that time in the sixth grade, she sent me away.

The last weeks of school passed in a blur. There were assignments and essays to submit, and final exams to study for. Kat’s bruises healed, but she didn’t smile like she used to, and it didn’t matter how many times I asked, she would never talk about prom. So eventually, I just stopped asking.

On the day after our graduation ceremony, she showed up at my house with a tight, white face and twitchy hands.

I knew better than to ask any questions, even though I had about a million of them. I grabbed the keys, called out a quick goodbye to my parents, and we got in the car.

Kat didn’t talk much. It was all, Turn right, or Take the next left. Then finally, This is it. Turn in here.

I parked the car, then turned to look at her. We were in the women’s clinic parking lot.

She sniffled, swiped her tears away with the back of her hand, and then faced me.

We walked in together, and just before she left me in the waiting room, I grabbed her hand and squeezed. “I’ll be right here.”

AUTHOR BIO: Corrie Adams spends her days wrangling numbers, but enjoys playing with words at night. Her work has appeared in magazines such as More of Our Canada and Lifestyles Magazine, and her short fiction has been included in several anthologies, including Renaissance: Short Fiction as selected by Sarah Selecky, and Little Bird Stories, volume 5.

Corrie lives in Newmarket, Ontario with her two sons and an overactive imagination.

Published in Issue 33 Feb 2016
More in this category: « Alienated by Lauren Strenkowski
back to top
Realizzazione CMS