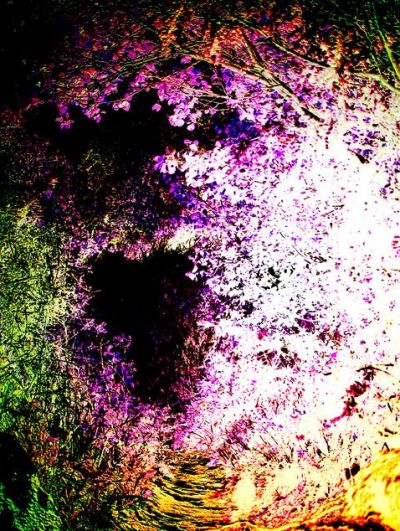 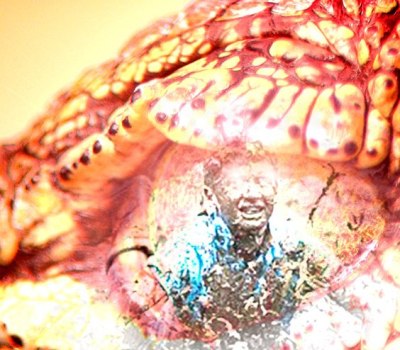 I am never sure what to do with my brother Carl - he's so stupid and clumsy, always falling down and hurting himself. He blames me, of course, just ‘cos he can. My Momma whups me, he grins, I cry and then plot to get him back somehow. Plots never work, though. He's just plain bigger than me, even is he a year younger.

It was like that time last year, we was on our way home from the store, both of us loaded down with the food Momma sent us to get. We was getting company that night, some big-time important wizard that Momma wanted to impress. Carl was horsing around, walking backwards and trying to skip at the same time, even was he carrying the eggs and the glass bottles with the pickled nettles. I told him to walk normal or give me the breakable stuff, but he didn't want to carry the bags of turnips and onions, ‘cos they was real heavy. He carried on clowning and of course, what I was afraid of happened - he tripped and fell over backwards, landed smack dab on top of the bag on his back. There was a crunch.

Carl started to cry that his tail-bone was bruised, but I didn't pay him no mind. I was already rolling him over to get at the bag and see what was broke. I got it off of him and opened it up. Inside was a mess of glass and pickled nettles, wild rice and egg insides, all smushed up together. It looked disgusting and smelt even worse. Carl was blabbering behind me about how Momma was gonna whup me good for this (and, believe you me, I was just gonna turn round and whup HIM one for that) when I saw something move in amongst all that smushy mess. I thought maybe it was just the bag settling, but then it happened again. I peered closer, shushing Carl over my shoulder. I opened the mouth of the bag a bit more and what did I see, but a teensy, little baby dragon?

The Blacksmith’s Crime by Diana Rohlman 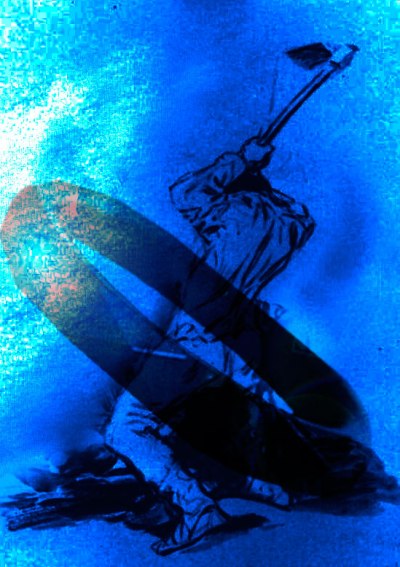 The chill air was a welcome relief from the heat of the forge, yet every sound rang crystalline clear in the pre-dawn stillness. A scuff against the cobbles seemed to reverberate, and the jingle of a coin pouch echoed painfully. The man grimaced at each sound, swallowing curses under his breath, for he feared even the soft mumblings would draw undue attention. A slight canvas sack was slung over his shoulder, bumping against his bulging pack with every step.

The sack appeared to be empty, but for a slight weight at the bottom, barely visible through the rough cloth. His fingers curled and re-curled around the bag, teasing fibers loose until they stood in a confused mass around the neck of the bag.

At the next step, the man unwittingly frightened a drowsy bird, which took off in a burst of indignant squawks and a flutter of wings. A single feather drifted through the fog, moisture beading on the delicate vane before it fell to the street. He regarded it for only a moment before pressing on.

A month ago, he had been Alec the Blacksmith, renowned in Baleigh for his skill and dedication. Today, that man ceased to exist.

The sack brushed against the narrow wall of the alley, sounding a dull clang that was curiously muted. For a moment Alec stared at the wall, twisting the sack in his hands, then with an inarticulate cry he gathered his considerable strength and hurled the simple sack at the wall. It struck and stone chips flew from the force of the impact.

Daring to hope, he twitched open the sack, peering inside. In the darkness, it should not have been visible, yet the crown glowed slightly; enough for Alec to realize it was unharmed. Despair gripped him again, and drove him to run, flinging himself haphazardly down the narrow corridor. The sack, swinging by his feet, tripped him before he had cleared the alley. Alec hit his head, and his vision sparked, lights blinking and fading as he tried to clear his mind.