Ready with an Answer by Samuel Barnhart 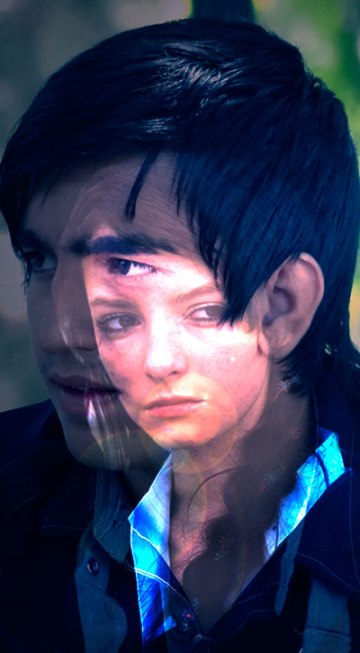 Your letter lies on my bedroom floor where I let it fall. I’ve already memorized every word.

What the hell, Dave? We barely dated for a month and you’re using my middle name? My sister the swan princess probably told it to you. She’d walk off a cliff as long as someone asked her in Russian and set it to music.

This is hard for me to explain-

Really? This is hard for you? I‘m stunned. Jamming a note in the slats of my locker on the last day of school was apparently the best you could do.

-and I hope you’ll understand.

So I’m supposed to understand. Should I bother writing back to you at your parent’s cabin or just take off running right now and keep going until I reach your arms and wrap you with forgiveness?

I was born male, but I know that I’m actually a woman.

You’re sixteen, Dave, How do you even know?

This is the way I‘ve felt for a long time.

A ‘long time’ to me is that night we ditched my sister’s ballet recital and kissed until we almost passed out. Were you a woman then?

I don’t believe I‘m who I was meant to be.

So take Spanish instead of Latin, don’t announce that you hate your dick. You must have announced it because I certainly wouldn’t share this letter, but everybody around here seems to know and guess what? They think it’s absolutely hilarious.

It’s not possible for me to keep ignoring these feelings.

Dave, the only way you could make your feelings any clearer than this would be to stick them on a billboard. Not that it matters now. The news has spread, and as the last person to date you, I’m caught in the middle.

I want to punch the mirror until glass sticks out of my knuckles. I’d like to be horrified, or nauseous or cry for days. But I can’t. How do you expect me to get upset at a letter? You should be here. We’re supposed to shout and fight with each other.

-so you have a right to know everything.

You know what? I wish I’d found out from someone else, then I could’ve really been pissed. If they stopped me on the street or called one night and asked if I had heard about Dave Holton, the guy I used to go out with, how he’s telling people he’s a girl, I would have exploded. Why did you write me this letter, Dave? Couldn’t you at least let me get angry?

I’m glad you'll have friends with you this summer.

Dorcas and Tana giggle endlessly whenever they come over to my house. “Em, you should donate your tits to him.”

“It!” My best friends howl together, and don’t even care when I shove them both off the bed.

I would be lying if I said I didn’t wonder what everyone else thinks about this.

Oh, believe me, Dave, there’s no need to wonder. Everywhere I go, people ask me questions. With your friends they just jab each other’s ribs and wink, but Maggie Beach is treated like an expert on the subject.

“Did you know the whole time?”

This isn’t something I just decided last night. I hope you realize that.

Maybe, but I didn’t know. You can’t tell the whole world something like this, and then escape for the summer until school starts back up. I’ve tried to answer everyone honestly, even the jokes, and I’m called defensive. Like I should shudder or faint whenever your name is mentioned.

Not that I’m really worried. We aren’t living in the Dark Ages.

They want to know why I’m excusing you, Dave. I wish I knew. Alone with your letter I don’t feel anything. But when they surround me and ask the stupidest garbage anyone has ever heard, it’s like I have to protect you. Sick jokes aren‘t even the only thing building up. Everyone else is laughing, but Bryce won’t speak to anyone. Your best friend --probably former best friend-- just stares off into space, snarling. Waiting for you to show up and dodge his fists.

You're special to me, Maggie-

Am I really? When you get back from vacation, something’s going to happen between you and Bryce. Do I jump in and stick my own face in front of his punches? How far is this stupid loyalty supposed to reach?

-and a lot stronger. It’s why I feel so much better telling you about myself.

The phone rings downstairs. I don’t even answer my cell phone anymore. The swan princess shouts up it’s for me. Probably somebody with a joke her boyfriend thought up or a question they forgot to ask when I was holding a damn press conference at the mall. But every time I pick up I hope it‘s you. I need to ask a couple questions instead of only answering them.

I promise we’ll talk soon, or I’ll write to you again before I get back.

I take the stairs slowly, because I really don’t want to hear Tana ask if I’m going to do your makeup, or Dorcas read something she found that explains how you’re not really a woman, but just confused. I’m tired of listening to everyone else and their opinions. All I want is to talk to you.

Dave, if you believed that you wouldn’t have left me here praying for a phone call. My sister hands it over and twirls off to Moscow. I breathe deep, prepare for the worst and put the phone up to my ear.

“Maggie?” It’s your voice and everything inside me collapses. “Maggie, are you there?”

AUTHOR BIO: Sam Barnhart’s short stories have appeared in Issues 1 and 4 of Fabula Argentea, and Issues 18 and 21 of Silver Blade. During high school, he wrote reviews for Newtype Asylum. He lives in South Florida and maintains membership with the Fort Lauderdale Writers Group.

Published in Issue 15 July 2014
More in this category: Agoraphobia by Madison Koch »
back to top
Realizzazione CMS