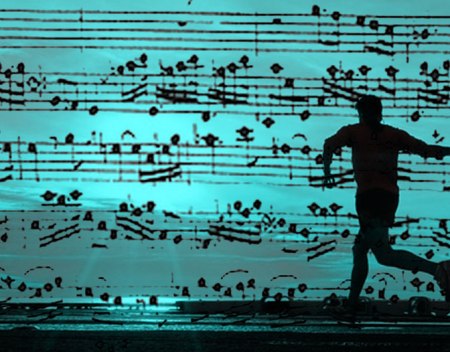 Mark sat in his bedroom, head full of the raucous beat of The National, staring through the half-open blinds at a squirrel doing a kamikaze leap from tree-branch to shed roof. It’d been over an hour since the blow-up with Mum. He pulled out an earpiece. Yes, he could still hear her in the kitchen, rattling crockery, banging cupboards, and there, the distinctive sound of a metal spoon scraping round a metal pan.

‘Wooden spoon,’ he said under his breath. ‘Use a wooden spoon.’

She was doing it on purpose, breaking the rule. Dad’s rule: Never use a metal spoon in a non-stick pan. All the pans were non-stick. At least she’d stopped slamming doors. Mark switched tracks on his iPhone, needing something louder, wanting the beat to encase him, to wrap him up and block out the world. He pushed the earpiece back in.

The argument blundered and crashed about in his head—the usual stuff about staying out late and not telling her where he was. All the ‘What ifs’ that he knew were more about his brother Paul than about him. Mark snatched the earphones out and pushed himself to his feet. His hand went to the crucifix around his neck—an unconscious gesture—and rubbed it between finger and thumb. Mum used to say that he’d rub it away to nothing one day, and his dad would laugh and say, ‘Leave the boy alone, he’s thinking.’

Dad. He would call tonight. Six pm, on the last Sunday of the month, regular as clockwork. But this Sunday was different. It was THE anniversary—was that the right word? It didn’t feel right. It wasn’t the date of a wedding, or even the day Dad had walked out. No, today marked one year since Paul had stepped into Station Road and one of those fucking White Vans had smacked him in the chest, flipping him up into the air in a summersault of flailing arms and legs. It was the pavement that had finished him off though—Mark could still hear the crunch and thumping slap of impact.

Sometimes that sound was all he could hear, even with the bass turned up to max.

Mark thumbed through the tracks until he found ‘779’, his brother’s favourite Vivaldi Sonata. Paul used to force him to listen to it, over and over. Mark had hated it then; he still hated it. Earphones shoved in tight, he searched the white plastic storage box kept under his bed, fingers raking through jumpers until he found the still-soft shape. He pulled the tatty lion out—the size of a blind puppy—and buried his face in its shorn mane. He liked to think that he could still smell Paul on it, though he knew that couldn’t be true; it was just old dust and jumper fluff.

It’s what he always said. To the lion for cutting off its mane in a fit of jealousy—it was the toy that he had wanted, but Mum had given it to Paul and got him a stupid penguin instead. And to Paul, for nagging him relentlessly about getting the latest Assassin’s Creed game.

‘All right, all right,’ Paul had said, a half-smile on his face, looking back over his shoulder as he stepped into the road. ‘Wait here, I’ll only be a few min––’

Mark held onto that last look—that moment of contact between them, full of annoyance and amusement and… surprise.

‘Mark.’ That was his mother. ‘Mark’.’ More determined this time.

He shoved the lion back in the box and kicked it under his bed. There was a knock on the door; he barely had time to wipe at his face before it opened.

‘Can’t. Going for a run.’ When she showed no sign of moving, he added, ‘Maybe later, when I get back.’

Pounding down the street, iPhone strapped to his bicep, keeping time to the music thumping through his head, Mark tried to think ahead to his ‘A’ level exams. He really, really needed to knuckle down—one of his dad’s favourite sayings—and finish his revision. Down Cromer Road, left into Bulwer and then right into Lytton, and there he was, back on Station Road. Where he always ended up, no matter which direction he set off in.

His steps slowed, and then stopped. He stood, rooted in THE PLACE. The music was still playing, he could feel the vibration in the bones of his skull, but he couldn’t hear it. There was a metallic taste in his mouth—the crucifix—even his dad didn’t like it when he did that.

‘The holy cross is not a child’s pacifier,’ he’d snap. And Mark would spit it out and dry it off on his t-shirt. Dad had bought him a shorter chain for it, but Mark had swapped it back the day his dad walked out.

Cars and vans flashed by in a blur of colour. Mum probably thought the tears were for her, sprung from guilt for shouting that it was ‘all her fault.’ Or maybe they were for Paul, who should be here, giving him a good kicking for being such a stupid fuck. Or maybe they were for Dad, who might not call tonight, or if he did, what could they do but share an aching silence?

Mark rubbed at his face with one hand, exploring the shape of the crucifix with his tongue. No, he knew who these tears were for. He swiped the volume to max, spat out the crucifix and stepped out into the road.

AUTHOR BIO: Susan spends her days working in the Higher Education sector, and her nights, weekends and every spare minute writing short stories and working on her first novel. Her short stories have appeared in several magazines and anthologies, both in print and online. Susan occasionally blogs for the webzine Astronaut.com.
Loving Life in the Rain: susanmayoke.wordpress.com
Twitter: @SueOke

Published in Issue 12 April 2014
back to top
Realizzazione CMS