Studying Shakespeare by B. Lee Draper 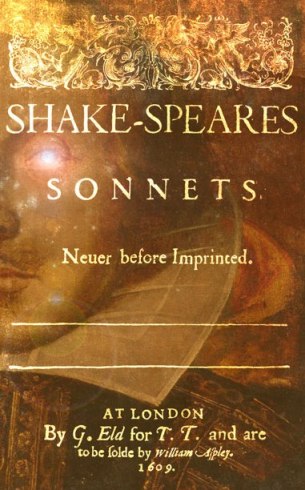 I bet you’re wondering how I came to be here, crammed into a mental hospital with the crazies. You’ll notice I didn’t say other crazies because I’m not crazy at all; I’m as sane as you are. And I’m going to tell you how I ended up here so you don’t suffer the same fate. Not only am I sane, I’m a nice guy. Didn’t expect to find that in the loony bin did you?

It all started a month ago, when I first heard the voice. I was in the library looking for a book on some guy called Shakespeare. Okay, okay I know he’s not just some guy, he’s the guy. I hadn’t read any of his stuff though. Why would I? Comics were more my scene. Our English teacher, Mrs. Pleasant, loved this Shakespeare fella though and our major term paper was to write an alternative ending to Romeo & Juliet. Have you read that stuff? I hadn’t but Mrs. Pleasant had quoted plenty of it during class; all those thees, thous and verilys made my head spin, I knew I needed help.

As I ran my fingers along the shelves numbered 395.6 – the classics – I heard a whisper. “Here is what thou doest seek.”  Frowning I looked up and down the aisle, searching for the source of the voice. Failing to spot the culprit I dropped to my knees and peered under the shelves into the next aisle. Still no-one. While I was down there a book dropped on my head, not a thin book either, and I yelped. Staring down at the cover I was faced with a large black & white picture of a man; long hair, beard and earring; below, the title: The Complete Works of Shakespeare. I smiled grimly rubbing my lump, this was exactly what I needed.

Carrying the weighty tome to the checkout I dropped it on the counter. As I held my card out to the librarian she smiled at me. “Oh, studying the Bard for school?” I rolled my eyes, as if I’d borrow something like this for fun. “You know it,” I muttered. Her smile soured at my reply. “Due in four weeks,” she snapped, turning away. I think I was pretty polite don’t you? Maybe she caught the eye roll but I’m a teenager, that’s what we do. Sighing at the injustices of the adolescent’s world I dropped the book into my backpack and headed home.

I laid the book on my desk and threw myself on the bed to finish my comic. “Oh, now thou doest ignore me!” Stepping over I peered down, only to find the face on the front of the book staring back at me. It raised its eyebrows and the tiny mouth moved. “So, thou acknowledges my words at last.” What could I do? What would you do? I shrugged and said, “yeah man.” And that’s how I met the Bard himself.

Let me tell you, the man can talk. No wonder he’s written so many plays and sonnets, he never shuts up! Even as I slept he kept going on and on, invading my dreams and almost sending me crazy. I said almost. The funny part is that soon I found myself speaking like he did; little thees, thous, and verilys dropping off my tongue and plopping down in inappropriate places.

“Hey Mac, wanna shoot some hoops?” was answered with, “why forsooth my good sir, sounds delightful.” My friends started raising their eyebrows and exchanging strange looks. Eventually they avoided me all together. High school is hard enough without being a known friend of a fruitloop. My girlfriend, Kelly, was pleased at first. She giggled when I complimented her ‘gilded tresses’ and ‘eyes that shone like sun o’er the water’. She was less amused when I started mentioning ‘pantaloons’ and ‘blushing like a betrothed beauty’; she broke up with me the next day for getting too heavy.

The only person who wasn’t turned off by this new me was Mrs. Pleasant, she thought I was the reincarnation of her beloved Bard. Oh yeah, in high school? Being teacher’s pet is the death knoll for your credibility.

The end of term saw me with an A+ on my English assignment and a Z- on my social life. When the time came for the book to be returned to the library, old Shakespeare begged me not to do it. “For sooth, tis so dull on that shelf,” he whined. “Keep hold of me young Mac, that we may go on to write sonnets together!” I shook my head. “Yeh verily, thou needst to be returned to the scriptorium,” I muttered, dropping his face into my backpack.

When I reached the returns chute I snatched the book from my bag as quickly as I could, sending it sliding down into the darkness. “Naaaaaaaaay.” His tiny voice grew tinier still as he disappeared.

And that was that. What? How did I end up in the crazy bin? Oh that happened a week later. You see, Mrs. Pleasant nominated me to represent the school at a Shakespearian sonnet recital. My verbal skills had disappeared down that chute with the book and a frantic search of the shelves the next day revealed its absence. The sour-faced librarian pursed her lips, claiming never to have seen the book in her life. My panic leading me to get a little upset with her, the police got involved and after blurting out my story, my parents decided a stay in the sanitarium would be a good idea.

So yes, it’s a little unfair me being here. After all, it was Shakespeare that started the trouble. At least they have a library. A small library but a good one. I borrowed the collected works of Edgar Allen Poe just last week. Every night I’m lulled to sleep by his recital of The Raven and I don’t feel quite so lonely. In fact he promises to never leave my side; nevermore.

AUTHOR BIO: Author Bio: B Lee Draper lives in northern Australia. She is a Sustainability Teacher who spends her evenings writing fiction and escaping into the realms of fantasy. Online she can be found at http://bleedraper.wordpress.com/

Published in Issue 10 Feb 2014
More in this category: Death in 3D by William Quincy Belle »
back to top
Realizzazione CMS