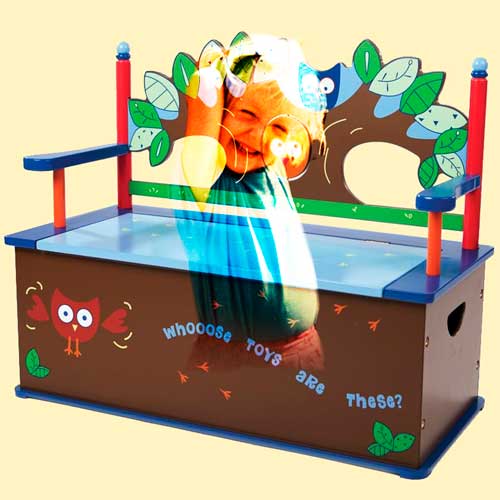 I could see right through my sister. Nobody else could see her at all. She sat on top of my toy box and bossed me about.

‘He doesn’t live here anymore. He and Mum got divorced ages ago.’

‘Well, tell him to come back.’

‘I can’t. He lives with Suzanne, now, and my half-brother, Lucas. They wouldn’t like it if he came back here, and I don’t think Mum would like it much, either.’

‘Okay,’ she said. ‘Tell her to find a boyfriend. He can be your step-dad. I can get born and he’ll be my dad.’

‘Anything else?’ I said.

‘Yes. I need a name: something flowery.’

I wasn’t looking forward to mentioning this boyfriend thing to Mum, but Rose needed to get born, so it had to be done. ‘Mum,’ I said, ‘you should get a boyfriend.’

‘Because I’d like to have a step-dad and a little sister called Rose.’ She gave me one of those looks that grown-ups give us when we say something perfectly sensible but they don’t seem to understand it.

‘I’ll think about it,’ she said, ‘but I don’t have much time to be looking for boyfriends.’

I told Rose Mum was too busy to find a boyfriend. ‘That’s a pain,’ she said. ‘You’ll have to find one for her.’

I had no idea how to do that, so I asked Dad, during Lucas’ third birthday party at Brewster Bear’s. The little kids were making a right mess of the party food so he was sharing his fish and chips with me. ‘Dad,’ I said, ‘would you mind if I had a step-dad?’

‘No, that’s the problem. She’s too busy to look for one. Could you find one for her?’ He swallowed a chip. It went down the wrong way and he nearly choked.

After he stopped coughing he said, ‘I can’t do that, Lexi. Ladies like to choose their own boyfriends.’

I looked at all the men we knew: Mr Peterson from the Co-op; Mr Bryant from Vision Express; Noel, the postman; Tim, the milkman; and Snake, the president of ‘The Sons of Chaos’, who gives Mrs Melancamp next door a lift to work on the back of his motorbike. They were all too old, too young, or they already had a wife or girlfriend.

One day Mum felt really sick. ‘It’s just a bug, Lexi,’ she said. ‘It won’t last long. Nanna Kathleen’s coming for a sleepover to look after you. She’ll drive you to school tomorrow. I should be better in time to bring you home.’

Nanna Kathleen is a lot of fun. She’s always going on about an old singer called Shakin’ Stevens and she dances around singing his songs and swinging her hips. More importantly, she knows how to get boyfriends.

That night I said to Rose, ‘My cousin, Emily, told me Nanna Kathleen’s got a boyfriend. His name’s Dino. She might know how we can get one for Mum. I’ll ask her tomorrow.’

Next morning Mum stayed in bed to get over her bug and Nanna Kathleen drove me to school. ‘How did you get a boyfriend, Nanna?’ I asked.

‘Dino, you mean? He’s the instructor that taught me to drive,’ she said. He didn’t make a very good job of it, I thought. Nanna Kathleen’s the worst driver in the world.

‘Yes, we have a bit of fun together. He took me to the Empire to see Shakin’ Stevens, and he always reminds me to take off my handbrake.’

‘I think Mum should have a boyfriend,’ I said, ‘but she’s too busy to look for one.’

She winked. ‘We’ll have to find one for her then, won’t we?’

We were so busy chatting that we didn’t notice the lollipop lady standing with her back to us, waving her lollipop around. Nanna slammed on the brakes and we almost stopped before we hit her, but not quite. It was only a gentle shove on her bottom but she fell on her face.

‘Oh, no, I’ve done it again,’ Nanna Kathleen said, as we climbed out of the car. Another car stopped behind us. A man and a boy climbed out. The man ran to help Nanna lift the lollipop lady to her feet.

She screamed at Nanna, ‘You stupid woman,’ and she tried to hit her with her lollipop but the man stopped her.

Nanna said, ‘Well, you distracted me, waving that thing around.’

‘I’m supposed to wave it around, you idiot. It’s my lollipop.’

While all this was going on, the boy and I were laughing so much it made our eyes water. ‘I think I’m going to wet myself,’ he said. That made us laugh even more.

‘Is that your dad?’ I said, pointing to the man, who was still trying to separate Nanna Kathleen and the lollipop lady.

‘No, that’s my Nanna. She’s driving me to school because my mum’s got a bug.’

‘My mum’s dead,’ he said. That made me stop laughing.

‘Not really. She died when I was a baby, so I don’t remember her.’

‘Does your dad have a girlfriend?’

‘No, he says he doesn’t have time to look for one.’

‘My name’s Lexi. What’s yours?

He told me that he and his dad had just moved into a new house nearby and he was starting at my school today. He wasn’t looking forward to it because he had no friends there.

‘I’ll be your friend, if you like,’ I said. ‘Ask your dad if you can come to our house after school and we can listen to my new Justin Bieber CD. My mum’s picking me up, so he needn’t worry about Nanna Kathleen’s driving.’

‘Great,’ he said. ‘Do you want to come to our house tomorrow? I’ve got the new Harry Potter DVD. It’s really good.’

When Sam’s dad and Nanna Kathleen had sorted out the lollipop lady we drove the rest of the way to school. I told her about Sam and his Dad.

‘We’ve done it, Lexi,’ she said. We’ve found your mum a boyfriend.’

‘Well, if I hadn’t knocked down the lollipop lady you wouldn’t have made friends with Sam,’ she said.

When Mum came to pick me up at school I told her about Sam. She and his dad had a chat, and they agreed he could come to our house and his dad would pick him up at half-past five.

Before we went into my room to play CDs I said ‘I’d better warn you, my sister, Rose, is sitting on my toy box. You probably won’t be able to see her, but if you can, don’t worry, she’s not a ghost, although she looks like one. She just hasn’t been born yet.’

‘Are you the only one who can see him?’

‘Yes, and he’s a pest. He keeps on at me to find Dad a girlfriend so he can get born.’ I smiled and waited for his brain to catch up with mine. Sometimes boys are a bit slow. ‘Hey, Lexi,’ he said at last, ‘maybe my dad and your mum will like each other. Your mum could be my step-mum, my dad could be your step-dad, and Rose and Max could get born.’

They liked each other so much that the following year they got married. The wedding was fun. There were lots of people there that I didn’t know, but I knew all the best ones, like my dad, Suzanne and Lucas; Nanna Kathleen, looking pleased with herself, and Dino; Uncle Darren, his wife, Auntie Vicki, and my cousin Emily whose dress was so short I could see her knickers when she got out of their car; and best of all, Uncle Ted and Uncle Sid, who everyone calls the drunkles. We had a party after the wedding. The drunkles sang a Shakin’ Stevens song called ‘Oh Julie’, which is Mum’s name, and Nanna Kathleen and Dino did a dance called jive. I wish I could do it. She promised to teach me.

After they were married Sam called my mum ‘Mum’. I couldn’t call his dad ‘Dad’ because I already had one. His name’s Adam, so I called him ‘Ad’, which sounds a bit like Dad, and he said he liked it.

I only saw Rose once more after the wedding and she seemed more see-through than ever. She was yawning a lot. ‘I’m tired, Lexi,’ she said. Then she curled up on my toy box, went to sleep and vanished. The funny thing was, Sam said the same thing happened to Max.

We’ll be seeing them again soon, though. One day Mum told us there were twins in her belly, waiting to be born. She had a picture, called a scan, and it showed that one’s a girl and one’s a boy. Mum and Ad asked Sam and me what we’d like the babies to be called. We said together, ‘Rose and Max.’ They gave us one of those funny grown-up looks, then they shrugged and it was settled.

So, here we are, on the way to the hospital to see Mum, and Rose and Max who were born last night. They won’t remember us of course, but when they’re older we’ll remind them of how bossy they were when we could see right through them.

Maureen Bowden is an ex-patriate Liverpudlian living with her musician husband on the island of Anglesey, off the coast of North Wales, where they try in vain to evade the onslaught of their children and grandchildren. She writes for fun and she has had several poems and short stories published. She loves Rock ‘n’ Roll, Shakespeare and cats.

Published in Issue 5 August 2013
More in this category: « The Problem With Fairies by Crystalee Calderwood
back to top
Realizzazione CMS