They Shoot Unicorns, Don’t They? by Simon Kewin 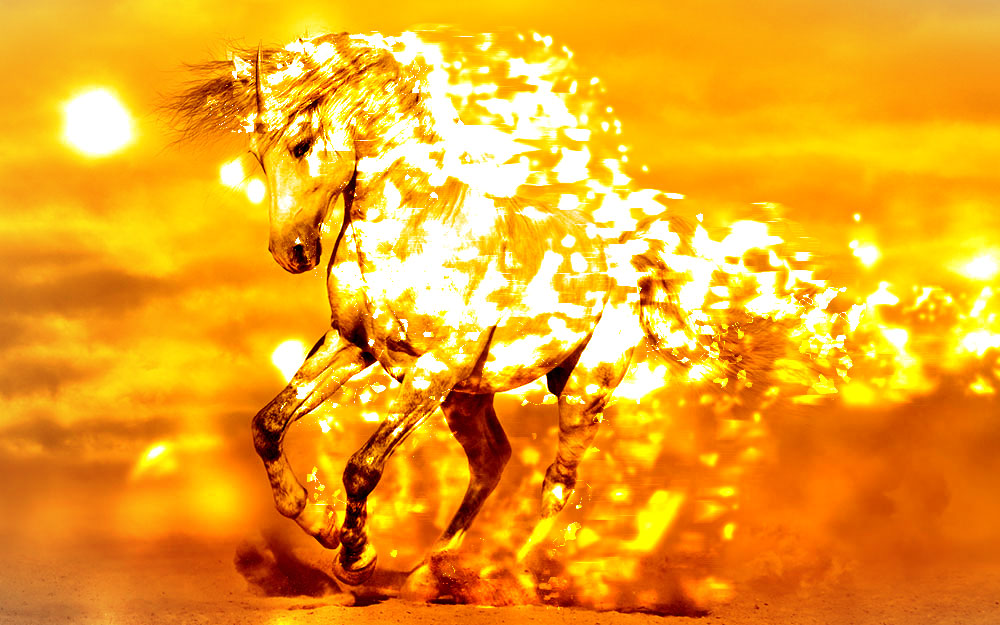 Parvati lined up the silvery neck of the unicorn in the telescopic sights of her specially adapted hunting rifle.

The creature’s hide glowed in the light of the full moon, making it an easy target to pick out among the shadows even from thirty metres away. It suspected something, though; there was a wariness in its stance as it bucked its head and sniffed the night air. The creatures were highly intelligent. This one exhaled a cloud of mist, green in her night sights. Beside her, Zack muttered the vowels of his Concealment spell a little faster, working to keep the two of them hidden from the unicorn’s senses. It was among the last of its kind in England. If it spooked and fled now it might be months before they could track it down again. Or they might never see it again.

Zack cast her a wide-eyed glance that said, Now. Shoot while you can. This was his first field operation. He hadn’t wanted to come along, happier among his books and his incantations, but there’d been no one else available at short notice.

He was right, though; they weren’t going to get any nearer. She breathed out, stilled her heart, and squeezed the trigger. The silenced rifle made the slightest tap sound as she fired, all-but inaudible. But the unicorn, sensing something magically perhaps, was already moving, flowing into a forward charge into the dark of the oaks. The shot missed its neck but caught its shining flank.

They raced across the ground, tripping over tree roots, undergrowth grabbing at their legs. A silvery trail of blood led from the clearing. They found the creature lying on its side a hundred metres away, chest heaving, lustrous eye wide as it regarded them in alarm. It was dark under the trees but the creature glowed like the moon on a cloudless night. Zack was muttering again, hanging back, wary of the creature’s powers of glamour.

Parvati took the electric saw she carried for the purpose from her backpack. The cutting disc was diamond-tipped, the only material tough enough. She set to work, working as close to the base as she could. The horn was worth its weight in gold a hundred times over to a collector, and more than that to an alchemist or a black-market supplier of spell components. She needed to get as much of it off as she could. The note of the electric saw dipped as it bit into the horn.

When it was done, she wrapped the object, dense and heavy in her hands, in a silk cloth. Zack mopped away luminescent blood from the creature’s forehead, then set about working the second spell he’d prepared. Parvati could tell from the look of distaste twisting Zack’s mouth that the sorcery was repellent to him, but he persevered. The light in the unicorn’s eye dimmed, shrinking to no more than the faintest spark.

They retired to a safe distance to watch, like the unicorn was an unexploded device that might go off at any moment. They wouldn’t have long to wait; the ensorcelled darts the RSPMC used had only a limited duration. After three minutes, the unicorn climbed back to its feet. It shook its head, mane flowing, as if trying to dislodge troublesome thoughts.

“What happens now?” Zack asked, his voice a whisper.

People like her had been doing this for a long time, one way or another. Perhaps it explained the ancient carvings in chalk hillsides, the myths and the songs about white steeds. “As far as the world knows it’s just a horse.”

“Are all white horses mutilated unicorns?”

“One or two. It’s all we can do, the only way to protect them. They’re out there in fields and stables, and most people who see them will never know what they really are.”

She nodded her head at that but didn’t reply. He was right, at some level it would. Fogging incantations didn’t last forever. All the creatures were tagged and monitored, and sooner or later the spells would have to be rewoven. Inevitably, also, unicorn foals were born from time to time, and they needed to be … attended to. What was done to the creatures was cruel, a violation, but it kept them safe from the poachers, from the modern world, a little longer.

She thought about the look in the eye of the unicorn. Sometimes being an officer of the RSPMC – the Royal Society for the Protection of Magical Creatures – was hard.

AUTHOR BIO: Simon Kewin is a fantasy and sci/fi writer, author of the Cloven Land fantasy trilogy, cyberpunk thriller The Genehunter and steampunk Gormenghast saga Engn. He's the author of several short story collections, with his shorter fiction appearing in Analog, Nature and over a hundred other magazines. He is currently writing the galaxy-spanning Triple Stars sci/fi trilogy and is signed to Elsewhen Press for his Office of the Witchfinder General books.

Published in Issue 86 Jul 2020
More in this category: « Masked, Meal and Marooned by Aaiman Amjad
back to top
Realizzazione CMS